Arsenal exile Mesut Ozil was pictured with a stony-face Matteo Guendouzi and Gunners contract rebel and captain Pierre-Emerick Aubameyang promoting next season’s kit, one they may never wear on the pitch.

Both midfielders have been frozen out of the first team picture under Mikel Arteta since the Premier League restarted in June and the prolific striker is yet to agree a new deal. And it seems likely that at least one, if not all three, will find themselves out of the door by the time next season begins.

Aubameyang is widely regarded as the best player at Arteta’s disposal but his deal expires next summer, and Arsenal might not want to risk losing him for nothing by holding on to the player during the transfer window. Talks have stalled between the Gabon forward and the club with the 31-year-old still hopeful of a switch to Barcelona.

In the Gunners’ previous 1-0 defeat by Aston Villa, neither Guendouzi or Ozil were even selected on the substitutes bench. They were however both among those involved in promoting the Arsenal kit to be worn for the new campaign. Guendouzi cut a serious figure in the strip, which features a zig-zag retro pattern on the torso and white sleeves. The 21-year-old has been out of the side for nine games since an incident at the end of Arsenal’s clash with Brighton, when he grabbed Neil Maupay by the neck. 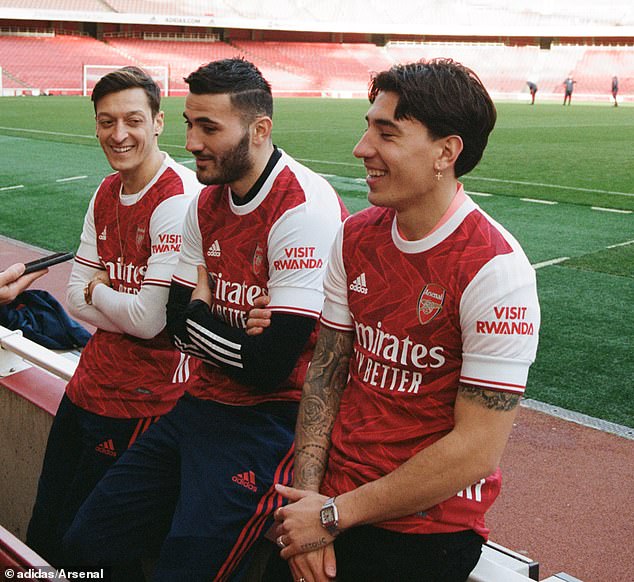 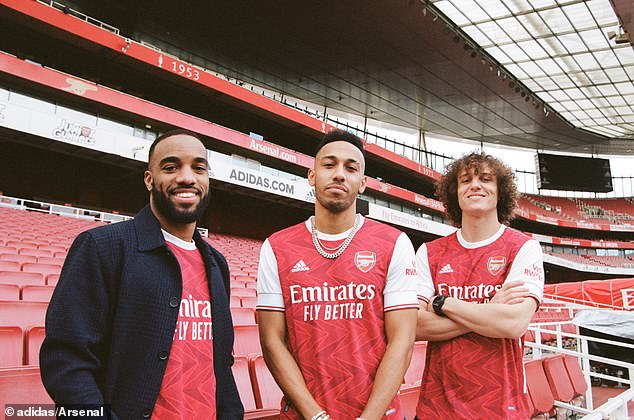 His relationship with Arteta had previously deteriorated after an explosive row between the midfielder and Sokratis that continued into the hotel with a shouting match during camp in Dubai earlier this season.  The Arsenal boss is said to have come down harder on Guendouzi for his role in the incident, which the Frenchman took exception to. David Luiz reportedly stepped in to encourage Guendouzi to be more professional but significant damage has been done.

Ozil is the highest paid player in the squad on £350,000-a-week but is yet to appear since the restart, citing a back problem for a period of time. The German initially played under Arteta when the Spaniard took over but has since fallen out of favour.

He reportedly has no intention of leaving in the summer with one year left on his bumper deal. Arteta has said there is still the opportunity for players to earn a spot in the team again and spark a turnaround, as Granit Xhaka has done. The manager assured: ‘If you are willing and if you are consistent and you really want to do it there is always a way back.’