L-R: Charles Nwagbara (then of City People Magazie); Charly Boy and Jude Nwauzor (then with Daily Times) on the day of the protest for military pensioners in Abuja organised by Charly Boy

First, this is to congratulate Charles Chukwuemeka Oputa better known as Charly Boy a happy 70th birthday. Going forward, please allow me address Charly Boy by the name I call him, which is Ndaa Charly. From the side of Imo State where the birthday ‘boy’ comes from, that prefix ‘Ndaa’ is sign of respect for seniors. In other Igbo dialect, it is also known as Deedem Charly Boy.

That apart, I am very happy that Ndaa Charly does not at all look 70 years old at 70. That sort of blessing, good health of mind and body as well as the energy of activism that boils inside of the celebrant can only be granted to men by God Almighty. But that is not to say that he did not contribute his human quota. Ndaa Charly keeps fit, works hard and plays harder; he sleeps well and eats healthy. Those are good habits of anybody that wants to live long too. Yes, he has some bad habits, which I would leave for another day because…hey, (…laughs) the man is celebrating so, why spoil the mood?

With all sincerity and gladness, I celebrate the septuagenarian as a ‘boy’ who arrived Lagos State, the Centre of Excellence on the wings of Tina Onwudiwe, the late Afrika Oyinbo (God bless her soul). Before Charly arrived Lagos, Tina had spent some time and energy trying to lure Charly Boy to Lagos. She was convinced that having left the United State of America where he studied Mass Communications, the platform Charly Boy needed to blossom as a creative person was a destination like Lagos. 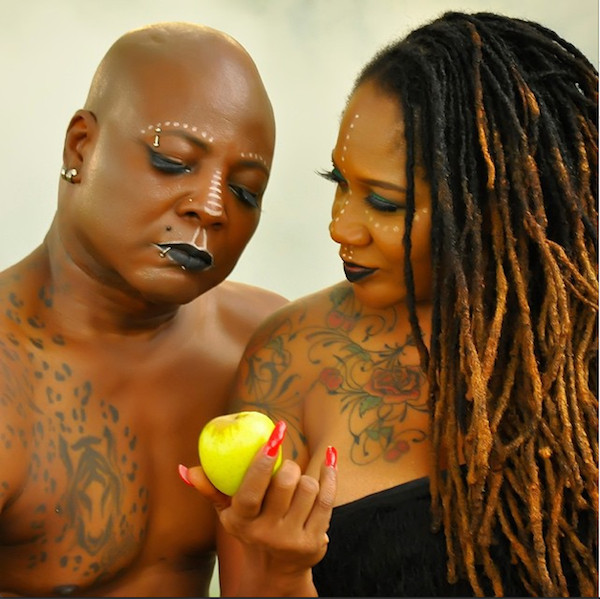 Like Tina foresaw, the truth was that Ndaa Charly creativity indeed needed Lagos, a high-breed city for entertainers (by Nigerian standard) to crystalise. On the other hand, Ndaa Charly Boy also knew what he wanted from Lagos, which at the time was Nigeria’s commercial hub and seat of political power. He also knew how to go about it. As a communications practitioner, Ndaa Charly had to create a solid brand, which he leveraged to unleash his full potential.

I do not mean to massage his ego but in truth especially for some of us that have known him closely and worked with him for years, Ndaa Charly is a man with lots of native wisdom. As the son of the highly respected late Justice Chukwudifu Oputa, a strong Catholic and former Supreme Court Justice of the Federal republic of Nigeria, nobody could question the dept of the pit from where Ndaa Charly drew wisdom.

The Oguta Imo State born hardworking musician, human right activist, producer, scriptwriter, entertainer, songwriter, model, director and actor is also a man who knows how to build a strong brand from the scratch, nurture it to full maturity and most importantly sustain the brand for many years. That is all he has spent his 70 God-given years on earth doing. He does not look tired as well. Apparently, these were some of the characteristics of the now septuagenarian, which may have led to my close relationship with him.

Yes, he is a respected senior friend whom I got to know through some other senior colleagues in the media then when I was a cub reporter in the same city of opportunities called Centre of Excellence. I am talking about the likes of Mr. Michael Adende (now with Shell in Port Harcourt), Mr. Charles Okogene who worked with Evening Times one of the newspapers on the stable of the Daily Times Group and later Fame Magazine as well as the late Ognonnaya Amadi, the award-winning former Entertainment Editor of Vanguard newspapers. 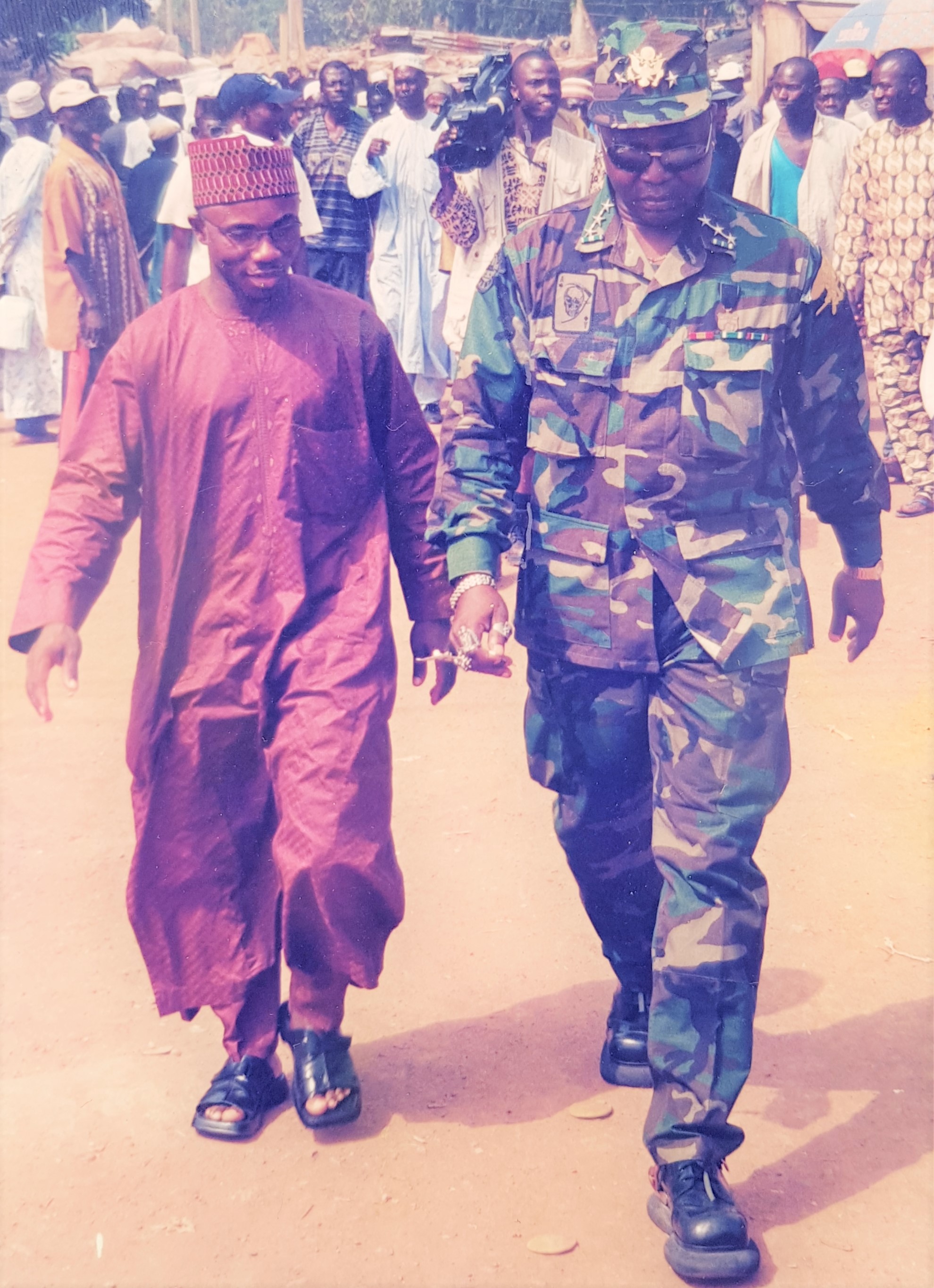 Of these three celebrated journalists that I mentioned above, it was Amadi that played a major role in the very good relationship Ndaa Charly and I enjoyed and still enjoy till today. Just like the 70 years-old man, I love brand building, which Ndaa Charly was passionate about, so we had a joint point of interest. I started journalism as an entertainment reporter and Ndaa Charly is not just a musician, but one that had a studio in Gbagada Area of Lagos where I go to meet him every time. There, we will discuss everything about music and his ideas of how the industry can become as big as what it is in America. We will order Suya and drinks as the ‘gists’ continue till late evening and his wife, Lady Diane tolerated us.

By the way, Lady Diane, the African American wife of Ndaa Charly was accommodated my frequent visits and the large crowd you will meet in Ndaa Charly’s house at all time. I cannot recall anytime I saw her frown at strangers. It may have been a different story if Ndaa Charly had married a typical Nigerian woman. Ndaa Charly is a crowd-pulling human being – he did not bother about the class of his friends. He had top government officials as friends, leading lawyers, journalists, engineers, medical doctors, motor park touts and Okada (motorcycle) riders and ‘neighbourhood boys’ of which he later declared himself as the overall father. Lady Diane accepted all with open heart and positive mindset.

Therefore, it is difficult to celebrate the success of Ndaa Charly without sparing some thoughts for Lady Diane Oputa, who also doubles as the creative design powerhouse behind the Charly Boy brand.

In continuation of the story of my encounters with the maverick celebrant before I digressed a bit to talk about his wife, back then in the newsroom, I would articulate the discussions with Ndaa Charly into stories for the good of the entertainment industry and the circle continued like that. I practically would report whatever came out from his small but sophisticated studio right inside his Gbagada residence – a house where Justice Oputa lived at some point, which Ndaa Charly took over and twisted the arms of the then Lagos State government to rename the bust stop in front of the house from First or Second Pedro (not too sure now) to Charly Boy Bus Stop. Over the years, Charly Boy’s House, which he has also defaced and erected a big Power Bike on top of its gate house became a reference landmark in Lagos State.

Not many of my colleagues knew then that I was a card-carrying member of the Charly Boy Fan Club, which he started even before he relocated to Lagos. My mother was not happy with my association with a “mad man.” Mind you, my mother was not alone, Justice Oputa, Ndaa Charly’s father at some point threatened to disown him. They did not understand that the Oguta ‘boy’ was not mad, rather, there was this madness to unleash the tsunamic talent God deposited in him. I am glad that before my mother and Ndaa Charly’s father passed on, Ndaa Charly was fully manifested and both of them changed their negative perception about the icon who is celebrating 70 years.

Ndaa Charly was in a hurry to do so many things at the same time, but the Nigerian society at that time did not just understand where the hell he was coming from. But of all the activities he involves himself, it was clear Ndaa Charly is reformist by nature. He wanted a Nigeria that offers more to the citizens than they are getting. In all his activities from the production and presentation of some television series like Charly Boy Show, Candid Camera, Zoom Time music to activism and leading series of protests as well as campaign against the use of hard drugs by youths when he modeled for the Nigeria Drug Law Enforcement Agency (NDLEA’s) ‘Say No To Drugs,’ there is no denying the fact that Ndaa Charly wanted a better Nigeria.

And because Nigeria is a country where successive leaders operate with the mindset that elevation to leadership position is the same as having received the key to oppress the citizens, Ndaa Charly paid the prize of being arrested by security agencies in the country. The one I would not forget was when he convinced me to follow him to Abuja where he led the protest for the federal government to improve the welfare of retired military officers and pensioners in the country. I recall how I also convinced another colleague, Charles Nwagbara to join in the trip.

I remember we had arrived a day before the protest and gathered in his suite at Agura Hotel to finetune the plans. Ndaa Charly wanted to use the protest to compel the federal government who at the time to regularly pay pensioners and retired military officers their due. As we planned, I guess the police were also planning. But as the peaceful protest began, it got to a level where the security agencies became uncomfortable with the growing agitation and before you knew it, words came from above that the protest be stopped but, Ndaa Charly would not stop, which eventually led to his arrest and indeed our arrest. The rest is history.

I also recall how one of Ndaa Charly’s lawyer friends, Mr. Festus Keyamo now Minister of State for Labour put a good number of us in trouble when Keyamo deceived some of us to report that security had beaten Charly Boy and blinded one of his eyes. Mr. Keyamo, then a supposed radical lawyer and human right activist had visited Charly in detention after his arrest. As usual, every entertainment journalist wanted to know how Charly was fairing in detention. Because Keyamo was the only person that could go inside the detention to see Charly Boy as his lawyer, we waited outside.

When Keyamo came out, the looks on his face was not good enough. He took a cursory look at Lady Diane and said, “Lady D, please take heart.” Then turned to Tunde Obe another business partner of Charly Boy and said, “Tunde, whatever I am going to tell you now, please take it like a man.” At this point, most of us thought that Charly Boy was dead. Then, Keyamo turned to us (journalists) and said, “Gentlemen of the Press, I have just been inside, I have seen Charly Boy; his left eyes is gone..” Keyamo never waited to take questions from journalist. He simply hopped into his car and zoomed off.

Long story short, I refused to write the story until I see or speak with Charly Boy. When I eventually did, he told me that “it is Keyamo that his left eye would be gone.” But then, it was too late I already received an official frown from my editors in the Daily Times for being close to Charly Boy and not being on top of what is happening on my beat.

I also recall people like Uzo Chikere, then of Champion newspapers and a host of other entertainment colleagues who ran to town with a screaming headline that reads…” “Charly Boy Looses Left Eye…” Later when Charly Boy was released from detention, it turned out that Keyamo just wanted to sentimentally pressure the release of his client. Nothing was wrong with his left eye. That was the sort of price some of us pay for being friends with Ndaa Charly, which I do not regret anyway.

Please note that the opinion expressed by the writer in this article does not reflect the position of the publishers of www.newsbitsng.com