The regular meeting of the Yoruba Summit Group (YSG) has ended. It undertook an in-depth review of the state of Nigeria in relation to the interests and aspirations of the Yoruba Nation. Notable issues that were appraised.

These included the Waterways  Bill pending  in the National Assembly, recurrent quest to amend the 1999 constitution, the impending landmark 60th Independence Anniversary date of October 1, 2020, and the mechanism of our involvement in the polity of Nigeria as it is unraveling  politically and economically under the watch of the Buhari administration.

As we were preparing this communiqué, Global Terrorism Index screams “Nigeria has Emerged as The Most Terrorised Country In AFRICA…Ranked 3rd Most Terrorised Country In The World!” We reiterate once again, the solution to Nigeria’s problems does not lie in 2023 elections, neither does it lie in the charade embarked upon by the National Assembly (NASS) under the guise of a constitutional review.

The YSG strongly believes that the current exercise to amend the Nigerian constitution is a needless, irresponsible and surreptitious gambit to distract the various Nigerian ethnic nationalities agitating for Restructuring, true Federalism or self-determination. How can you ask people to submit memoranda to amend a fatally flawed constitution, which ab-intio contains contrived clauses and entrenched imbalances, which will nullify the aspirations of many major ethnic groups in the country, especially in the southwest?

There is an unfair representation of many ethnic nationalities in the NASS because of our flawed census figures and unfair geographical division of the country into states and local governments done by military fiat by soldiers of northern extraction following successive coups.

For example, the current situation whereby all the federal legislators in the southeast region, originally one third of the tripod that held Nigeria together,  add up to just the number of legislators in Kano state should not be employed to amend a constitution, which requires a 2/3 majority vote of the National Assembly. Similar distortions also exist in the southwest when we compare the 20 local governments in Lagos to that of Kano with 44. As it is, the North has been given a veto power over all the other regions combined. This shouldn’t be. That is why there is always the refrain “GO TO THE NATIONAL ASSEMBLY” from the North whenever unfairness or imbalances in the polity are pointed out. 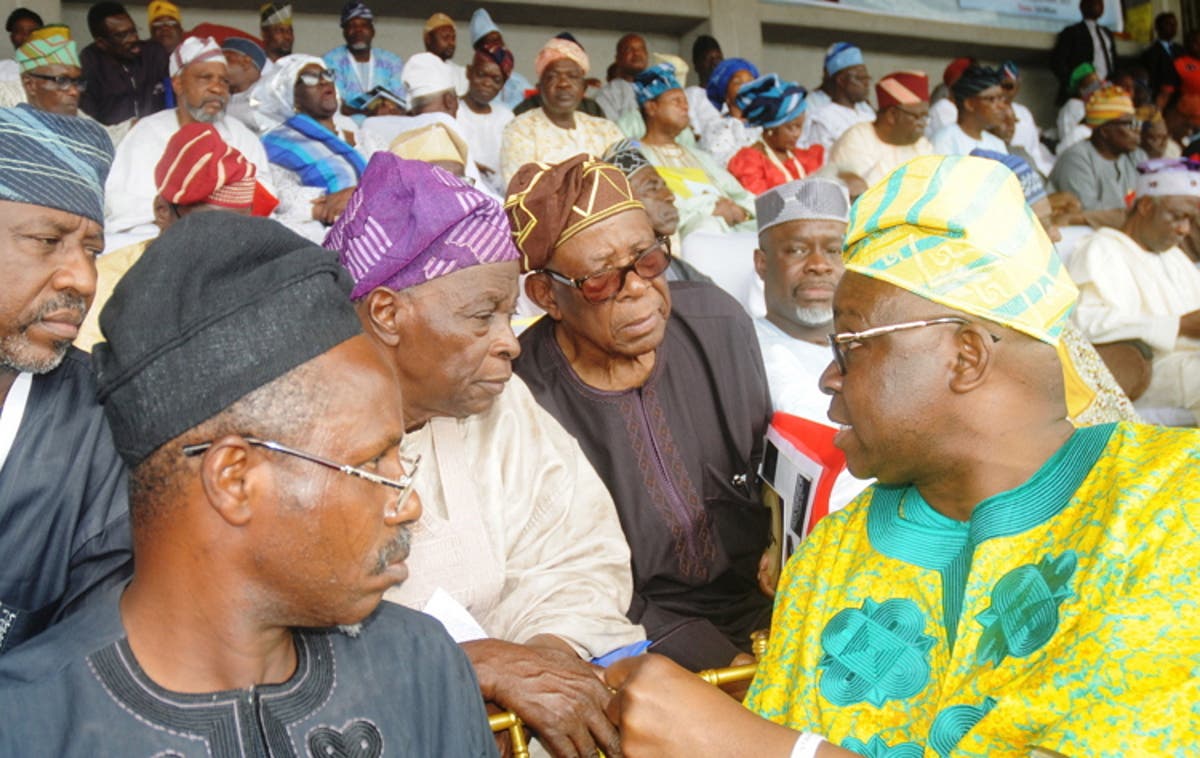 The totality of the Nigerian 1999 constitution must be jettisoned and a fresh document produced, which will truly reflect the wishes of “we the people”. Presently, every signal from the government, contradicts a desire for genuine change – from the President’s pronouncements since he came, his various actions, the way various bills being smuggled into and sometimes by the legislature into the NASS, particularly, the vexatious Water Bill, a very clear Anti-Restructuring venture embarked by this administration and supported by same National Assembly, the evidence of which the chair of a committee had the audacity to call it, “A Done Deal”, with same National Assembly asking the people being dispossessed of their land to come with memoranda — To do what exactly? Accord legitimacy to illegality and fraud?

The Buhari administration that has the Senate and the National Assembly under her control should set up a Technical Constitution Drafting Committee (TCDC) to work out within three months a new framework into a document as basis for all ethnic nationalities to live in peace as collaborative neighbours, using existing documents in the public domain.

The TCDC should have the mandate to produce guidelines that will facilitate the voluntary reconfiguration and realignments by ethnic nationalities, sub-ethnic nationalities, clans and communities as would later form the basis of their mutual accommodation to live together in a true federation or to actively seek self-determination in order to actualise their God-given human rights under international laws.

The outcome of the TCDC effort is to be the subject of a National Referendum in order to secure the consent of the Nigerian people. The National Assembly is to adopt the doctrine of necessity once again, by making the Law with provisions on processes to guide the historic transition from the 1999 Constitution until the enactment of a new constitutional order is attained. The new order shall be the basis of any further elections in Nigeria.

The YSG also re-affirms its earlier position that notwithstanding the ambition by a very tiny household in our midst, the Yoruba Nation and her peoples should not be part of another charade in the name of 2023 Federal Elections. We should not confer legitimacy to an exercise in futility at the end of which the gloating message of the conqueror shall be: “go to court.” We therefore wish our peoples to be wary of the insolent offers of the Presidency positions, pitting South East against South West Regions. It is a ruse!

It is gratifying to see synergy of thoughts even among the fathers of the nation with the position of the Yoruba Summit Group. President Olusegun Obasanjo described the National Assembly’s fresh constitutional review exercise also as a waste of time and resources.

He praised socio-cultural groups like NEF and Yoruba Summit Group for describing it as such. Quoting president Obasanjo, he said, “That ray of hope was somewhat manifested in the last 10 days or so when the Northern Elders Forum and Yoruba Summit Group complemented each other in their separate press releases on the Senate’s idea of inviting submissions from Nigerian public for constitution amendment, which had been regular money-gulping activity by every National Assembly session since 1999, a veritable source of waste without end, calling Nigeria, a failed state.

The YSG, having considered the situation of our polity and the expressed yearnings of majority of well-meaning Nigerians, the clear alternative for everyone would be for self-determination quests to now proceed rapidly without any further restraint. It has become patently untenable for the Yoruba Nation to tolerate further incompetence and impunity as has been foisted by the Fulanis on all other Ethnic Nationalities across Nigeria.

YSG hereby calls on all political office holders of Yoruba extraction to heed the clarion call and yearnings of their peoples for self-respect and self-determination. History and practical imperatives of people’s action will harshly judge and treat all who as willing tools, collaborate with internal colonisers.

YSG hereby notify the United Nations, European Union and all foreign countries including UK, US, China, Russia etc and multinational lending institutions to cease and desist forthwith from any further disbursement on loans and even grants, as such subsequent disbursements shall not be countenanced as part of assets and liabilities of the Nigeria country that would most sooner than later be reconfigured or dissolved.

All our peoples, along with those of other regions are hereby advised to regard October 1, 2020 as a day of unhappiness and an anniversary of the Nigerian dream that has been reduced to rubbles and ashes. The mindless bloodletting perpetrated by AK-47-armed Fulani militia in the Middle Belt region and unchallenged incursions into all parts of Southern territories are abominations to civility, and a clear pointer to their flagrant disregard for human life. As there is nothing to celebrate on the occasion of 60th anniversary of “Nigerian Independence.”

YSG being a Federation of Yoruba bodies hereby enjoin all member groups to think creatively and execute passive, peaceful ways and means of asserting their human rights. This may include the wearing of Red Bands on the wrist or shoulders in commemoration of the blood of the innocents that have been spilled. These activities should commence on October 1, 2020 and continued thereafter, until we secure victory.

We hereby affirm that we mean well for the Yoruba Nation and all other peoples across the territory of what is otherwise known as Nigeria, in seeking the face of God Almighty as we venture into the future with hope for better lives.