Arsenal’s domestic season ended on the first day of August with the FA Cup final victory against Chelsea – and kicks back into action at the end of the same month as they meet Premier League champions Liverpool in the Community Shield at Wembley on Saturday.

This remarkably swift turnaround, enforced after the three-month hiatus during last season as a result of the global coronavirus (COVID-19) pandemic, represents a unique challenge to pre-season preparations for Arsenal manager Mikel Arteta and his Liverpool counterpart Jurgen Klopp.

It does, however, allow Arsenal and Liverpool to enjoy the lingering afterglow of two sparkling successes as they claimed the major domestic prizes in the FA Cup and Premier League. Wembley, as with the FA Cup final, will be without fans but the Community Shield still offers the opportunity to put down an early marker for the start of the Premier League season, which starts on Saturday, 12 September. 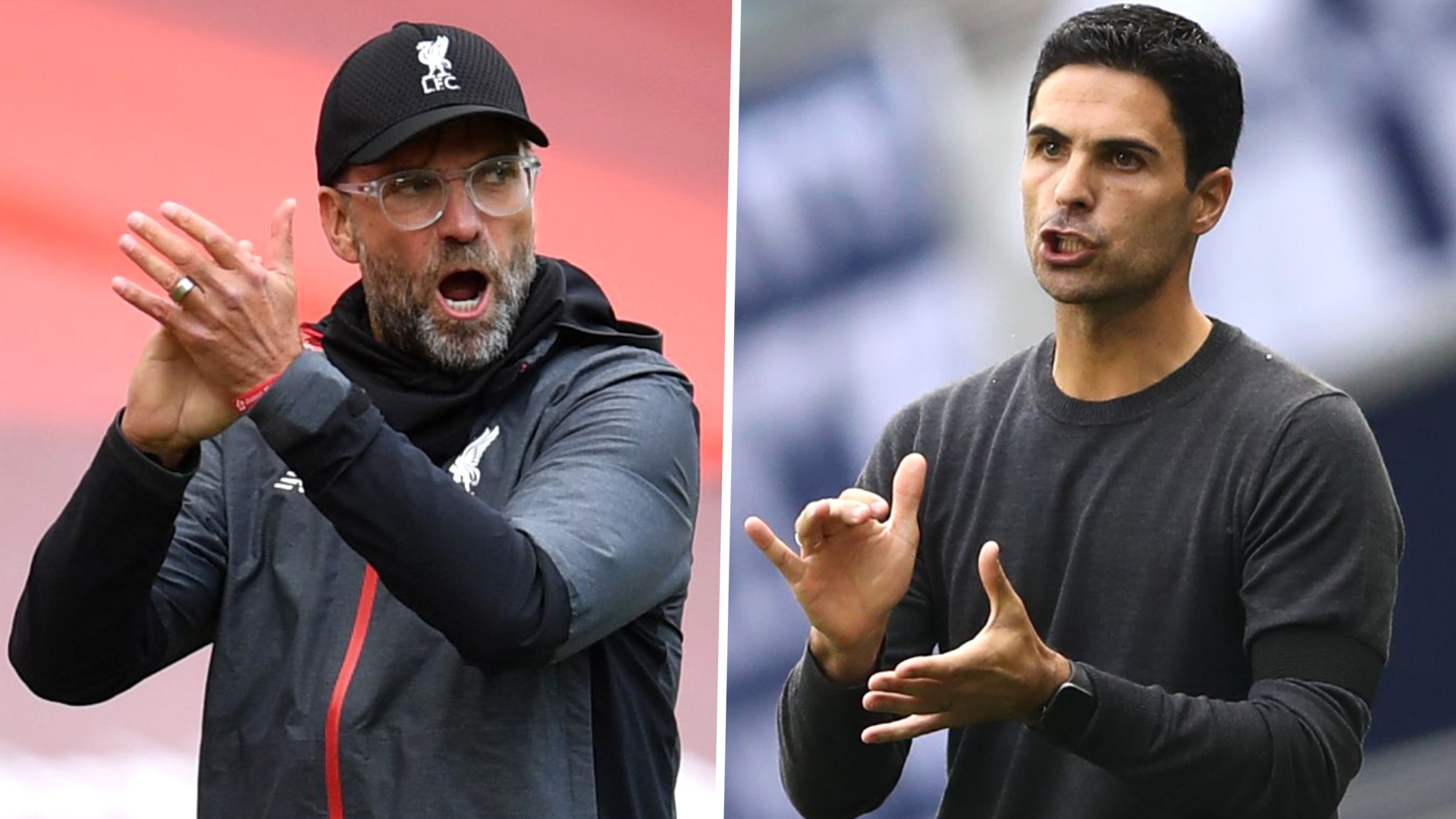 Two different types of triumphs for Arsenal and Liverpool led to this traditional curtain-raiser, although it remains to be seen how strong each side will be on Saturday, given the curtailed run-up to the new campaign. Liverpool’s Premier League success, their first title for 30 years, was the result of moving brilliantly through the gears over several seasons under Klopp.

The Champions League triumph against Tottenham in 2019, having lost to Real Madrid in the 2018 final, was the catalyst for an unquenchable thirst to end that title wait after missing out on the 2018-19 Premier League to Manchester City by one point, losing just one game to the eventual champions.

Liverpool’s Premier League title was a procession from the turn of the year onwards, won with seven games left and with a final margin of 18 points, despite the inevitable levelling off after the victory was confirmed.

Arsenal’s success was built in a different manner, the record 14th FA Cup triumph against Chelsea on 1 August coming after a season of turbulence with Arteta thrust into his first managerial job at this footballing superpower following the December sacking of Unai Emery.

It was fuelled by the brilliance of Pierre-Emerick Aubameyang, who scored twice in the semi-final win over Manchester City and repeated the feat in the final. The mood around Arsenal, in the football context, is increasingly buoyant. However, they were criticised over the decision to make 55 staff redundant while handing a huge pay packet to lure 32-year-midfielder Willian from Chelsea, as well as offering a reported £250,000 per week to tempt Aubameyang into signing a new deal.

Arteta was already starting to stamp his authority on Arsenal before the end of last season with the ruthless marginalisation of Mesut Ozil and Matteo Guendouzi. The FA Cup win was reward for the Spaniard’s early impact and this meeting with the champions, who they beat 2-1 at Emirates Stadium towards the end of the season, is the ideal chance to maintain momentum.

Arteta has seen upheaval behind the scenes, with head of football Raul Sanllehi leaving as part of a new streamlined operation. Managing director Vinai Venkatesham will take a greater leadership role and Arteta will have a greater power base, as will technical director Edu. Head of recruitment Francis Cagigao has also left, along with UK head of recruitment Pete Clark and key scout Brian McDermott.

On the field, a new Arsenal is taking shape. Willian will add experience, class and creativity while the 22-year-old central defender Gabriel Magalhaes, expected to arrive from Lille, has been one of Europe’s most sought-after young players. He will be joined by the highly rated William Saliba, the 19-year-old defender who is now at Arsenal after being loaned back to St Etienne as part of a £27m deal in 2019.

It all gives the air of a new era at Arsenal under Arteta, although the signature of the talisman and established superstar Aubameyang on his new contract will almost be seen as the official seal of approval. This would still represent the Gunners’ most significant piece of business this summer, if and when it can be concluded.

Arsenal finished last season with a flourish to beat Chelsea at Wembley, although an eighth-placed finish in the league hints at the work Arteta still needs to do. The Community Shield gives them the chance to deliver another sign of progress. 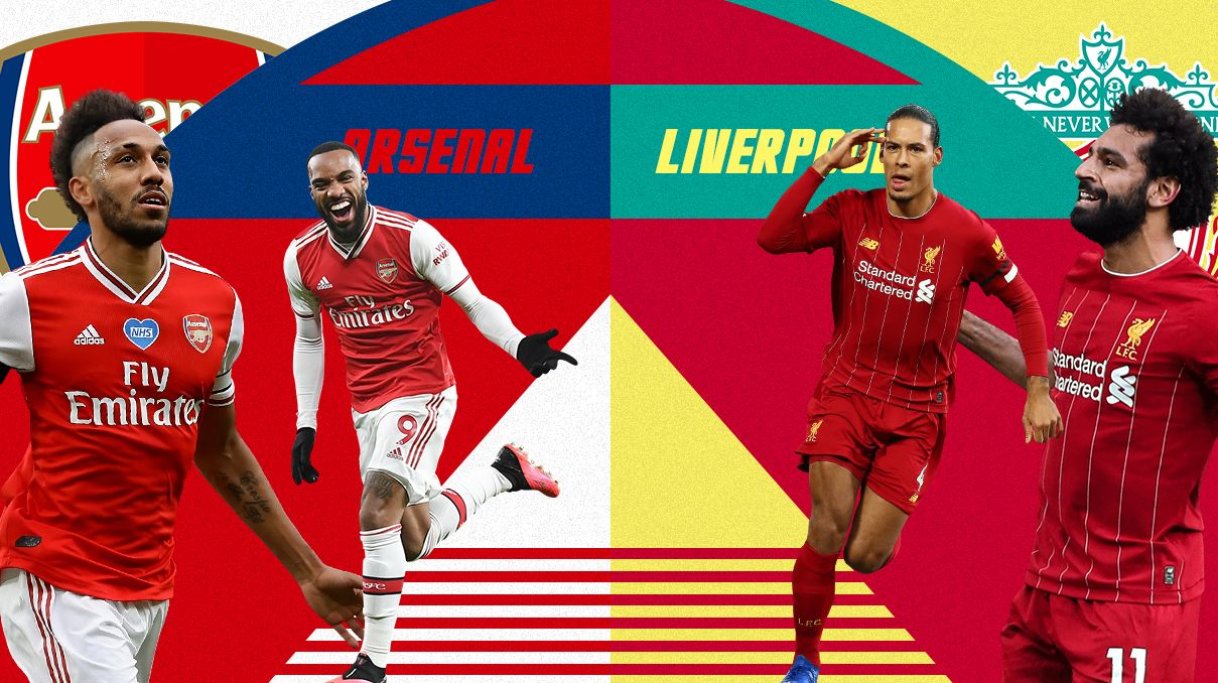 Liverpool, meanwhile, have been serene and relatively quiet in preparation as they look to repeat the relentless brilliance that overpowered all rivals and even left Manchester City trailing helplessly in their wake. Manager Klopp has been quiet in the transfer market this summer, but Liverpool remain the team to beat, the complete package with no obvious weaknesses.

Kostas Tsimikas has arrived from Olympiakos in an £11m deal as back-up for left-back Andrew Robertson and while Liverpool still privately distance themselves from Bayern Munich’s Champions League winner Thiago Alcantara as an active transfer target, the notion of Klopp adding the influential 29-year-old to his midfield must not be dismissed.

The outstanding form of Naby Keita towards the end of last season will also shape his thinking while emerging talents such as Neco Williams, Curtis Jones, Harvey Elliott and striker Rhian Brewster, back after a successful loan spell at Swansea City, will only develop and add to Klopp’s resources. Harry Wilson also created a good impression on loan at Bournemouth.

All this and the stellar front three of Sadio Mane, Mohamed Salah and Roberto Firmino, along with the imperious defender Virgil van Dijk and world-class goalkeeper Alisson, signals that Liverpool’s rivals have serious work to do in the transfer window to get in shape to take the title away from them.

The Community Shield will be different on many levels this season – but it is always a good time for contenders to make a statement about what sort of shape they are in as the new Premier League campaign comes around so quickly.