Teammates of Super Eagles striker Victor Osimhen at Napoli teammates are now in palpable fears and might be forced to go into isolation with confirmation that some Genoa players have tested positive to the dreaded coronavirus (COVID-19) pandemic.

Recall the Napoli thrashed Genoa 6-0 in a Serie A  MatchDay 2 fixture at San Paolo on Sunday but it has now emerged that about 14 players of the Rossoblù (The Red and Blues) have reportedly caught the COVID-17 bug.

The news set Serie  A on alarm with photograph of Osimhen in a close mouth-to-mouth  encounter against his  Genoa marker Andrea Masiello  splashed on the cover of major  Italian news outlets including La Gazzetta dello Sport, Corriere dello Sport, Tuttosport amongst others. Expectedly,  the Gil Azzurri  were expected  to conduct  COVID-19 tests  for the  13 players on Tuesday (yesterday)  and Thursday with results expected on today   and Saturday respectively  with words rife  that it could  affect  their MatchDay 3  Serie A fixture against Juventus  slated to hold on October 4. But the director of the SSC Napoli medical consultancy and head of its  COVID-19screening  for the staff and players of the SSC Napoli, Dr. Vincenzo Mirone ,  has allayed  fears of a likely implosion  in a chat with CalcioNapoli24 TV (296 Digital Terrestrial), adding the players in question were  in positive spirit. 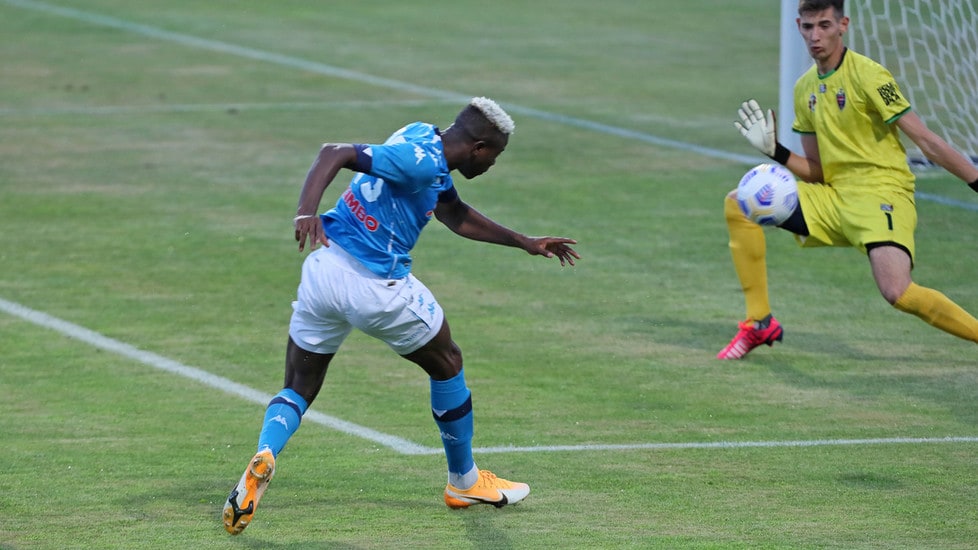 “The coronavirus issue after Genoa-Naples? I must say that the Azzurri players accepted the story with great spirit, even with a minimum of humour;  we didn’t have any big problems, it must be said, ” explained Mirone who doubles as Professor of Urology at the University of Naples Federico II.

Incidentally, Masiello who happened to be Osimhen’s shadow is said  not to be on the list of the 14 Genoa players that reportedly tested positive.