Apprehensive of the global condemnation of the involvement of military in the shooting and killing of peaceful protesters at the Lekki Toll Gate in Lagos State on Tuesday, the Defence Headquarters has asked Nigerians to wait for the outcome of an ongoing investigation into the shooting by soldiers.

Eyewitness account by the protesters where were being shot at as well as the overwhelming footage showed the soldiers firing at the demonstration ground where protesters had gathered to demand police reforms. But, the Coordinator, Defence Media Operations, Maj. Gen. John Enenche, said his statement may prejudice the findings of the Commission of Inquiry set up by the Lagos State Governor, Babajide Sanwo-Olu. 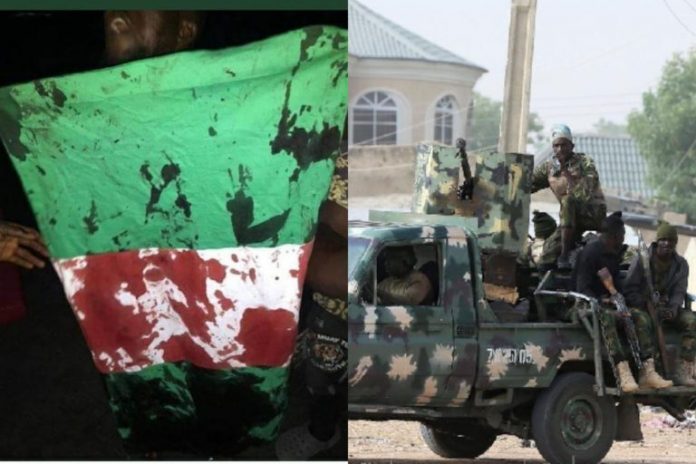 He described reports on the killing of the protesters by the soldiers as mere allegations, noting that some military analysts had dismissed as untrue, claims that the troops were responsible for the killings. The media coordinator explained that the military was involved in internal security operations codenamed, ‘Operation MESA,’ in nine states, but declined to disclose further details on the joint security task force.

“The issue is not an operation that I can respond to, but I can tell you that it is an allegation, for now; so, let us not set the cart before the horse. If the matter was still open-ended, I would have had a response for you but it is no longer open-ended, because immediately, not even up to five hours before midnight, the Governor of Lagos set up an inquiry. So, whatever we say now will not be fair to the commission.”

Enenche disclosed that the Operation MESA under the control of the state governments, comprised the Army, Navy, Air Force, Civil Defence and police personnel. “So, these operations are still standing and running, and I am aware that the state governments are using them in all these capacities, that is internal security. The level we are now is internal security and that is why the police proactively came out and then deployed all their force package that are necessary to handle that (violence),” he noted.