By 2003, Charley Boy had run the entire gamut of most processes of entertainment offering, be it music rendition, concert, television presentation or wild and weired showmanship in power bike ride. That is not all. He became the Performing Musicians Association of Nigeria (PMAN) president, taking over from Obafemi Lasode.

Charley Boy brought with him to the PMAN Presidency, his revolutionary, non-conformist and breathtaking approach which got tongues wagging. He consistently held that though, he would not violate the association’s constitution, he would impact positively on the body without necessarily adhering hook line and sinker to the document.

As the leader of the largest body of musicians in Africa at the time, Charley Boy, spotting military camouflage many of the times, led from the front, making forays into Alabama International Market in Ojo Local Government Area of Lagos State, believed to be the epicentre of music piracy. 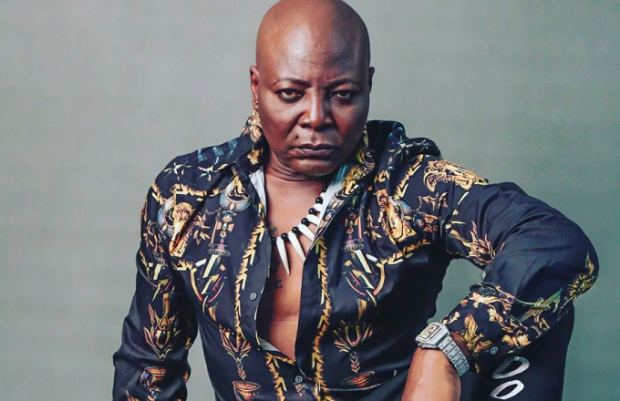 Once Charley Boy took scores of musicians as well as members of the media to confront the hydra-headed kingpins of music piracy in Alaba; taking the battle to their doorstep, to their own chagrin. The invasion of their counterfeit stronghold jolted them into seeking ways of negotiating with the true owners of copyright works instantly.

As the president of PMAN, Charley Boy fiercely staged battles meant to guarantee the rights of Nigerian musicians. The biggest annual twin city music concert powered by Nigeria’s foremost beer maker, which ‘imported’ artistes from abroad to play along side ‘lucky’ Nigerian acts, was considered a disfavour to the local performers by Charley Boy due to the low appearance fees handed to them by the beer manufacturing giant.

He launched a campaign urging Nigerian acts to boycott one of the gig. Sensing that his move would mare the show and the brand, the management of the brewery arranged with the police to take Charley Boy into the cooler throughout the duration of the double city concert just as all the listed local acts, obeyed their stomach infrastructural demand, leaving their president to his fate as they featured in the jam, while getting their pittance against huge fees the foreign acts received.

Under his watch, PMAN hit 21 years as the umbrella body of Nigerian musicians. Did Charley Boy rise to the occasion? Of course! The cream-de-la-cream of the Nigerian citizenry lived it all up at the Eko Hotel Banquet Hall, Victoria Island, Lagos with late Mrs. Stella Obasanjo, wife of then President Olusegun Obasanjo live as the guest of honour among numerous state functionaries and captains of industries present with huge support.

Even as Charley Boy ran the affairs of PMAN in a manner that kept many uncomfortable, it was in the same style that he struck gold in linking a number of local talents with one of the big name international acts, Wyclef Jean in an intercontinental music collaboration, thus opening the flood gate of such musical marriages that has continued to ensure some of the biggest pay days for many Nigerian acts. Charley Boy, still inches away from 70, will hit the three scores and 10 on June 19. Area Fada!

*Chikere, a highly respected Mbaise-born Nigerian journalist is the publisher of BeatsOnit an online newspaper