Lady Gaga on stage at the inauguration

Music superstars, Lady Gaga, Jennifer Lopez and Garth Brooks were among the dignitaries that attended the just ended inauguration of the 46th President of the United States of America, Mr Joe Biden and his Vice, Mrs Kamala Harris at The Capitol. Brooks by the way is the biggest name in country music in America. Gaga and Lopez need no introduction. 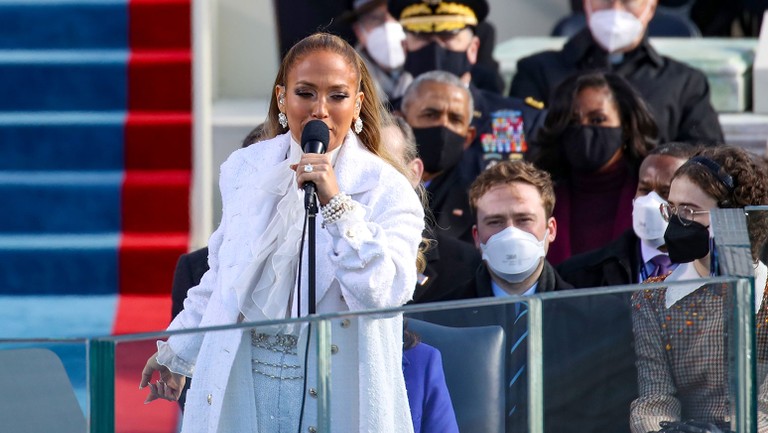 While Gaga delivered the American National anthem, Brooks, performed ‘Amazing Grace’ and Lopez performed the famous ‘This Land Is Your Land.’

Following Lady Gaga’s rendition of “The Star-Spangled Banner” at the U.S. Capitol, Lopez delivered a rendition of the Woody Guthrie’s classic folk song that segued into an abridged version of the patriotic anthem “America the Beautiful,” before reprising “This Land Is Your Land” to close out the inauguration performance. 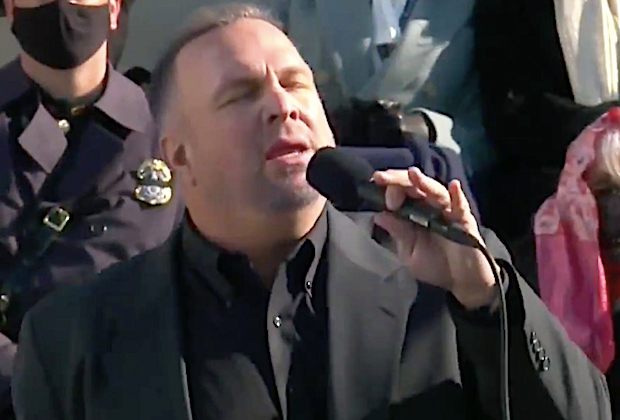 Midway through the performance, Lopez also declared “Justicia para todos!” — “Justice for all!” — and stated emphatically “Let’s get loud!” a nod to her hit single.