According to reports by The Guardian, Arsene Wenger who managed Arsenal for 22 long years has backed Mikel Arteta to deliver the Premier League success during his time as Arsenal manager. Arteta has been undertaking a rebuild at the Gunners following the departure of Wenger and the unsuccessful spell of Unai Emery.

Although Wenger won trophies for Arsenal during his long years at the club, his later years saw Arsenal decline and at some point could not even finish the league as a top four, which automatically guarantees them a spot at the Champions League but the coming of Wenger’s successor, Unai Emery saw Arsenal heading towards the relegation zone, which saw the appointment of Arteta. 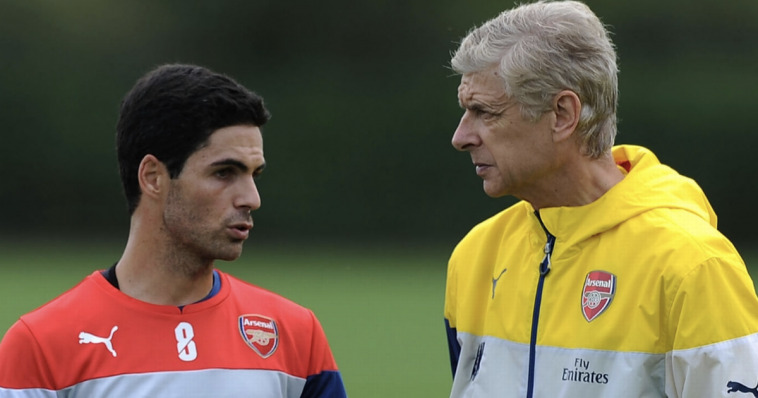 Wenger, who is now head of football development at FIFA, left Arsenal in 2018 after 22 years at the helm in which he won three Premier League titles. The former Gunners boss believes Arteta can win the league at the Emirates and he has also given backing to Thierry Henry becoming the Spaniard’s successor in the future.

‘I hope that Thierry Henry is successful in his career as a manager, and if he’s successful as a manager he might one day come back to Arsenal,’ he told The Guardian. But I especially wish that we go back to win the championship before that happens. ‘For example, now we have Mikel Arteta in charge, why should we not do it? A club is about identity.

‘Identity is about values and values are about the people who carry these values. And so, it’s important there is a continuity on that front for me.’ After gaining experience as Belgium’s assistant manager between 2016 and 2018, Henry spent just 104 days in charge of Monaco in France. The legendary striker is the current manager of Montreal Impact in the MLS.