21 years old Victor Osimhen who plays for the Nigeria Super Eagles and Lille football club of France has been voted as the best African player in the French Ligue 1. This massive feat replicates the achievement of goalkeeper and former Super Eagles Captain, Vincent Enyeama who also won the honour at some point in his carrier in that country.

Osimhen, who is also a 2015 FIFA Under-17 World Cup winner with the Golden Eaglets was on Monday voted the winner of the 2020 Marc-Vivien Foe award instituted in memory of late Indomitable Lions of Cameroon player, Marc-Vivien Foe, who slumped and died in France during a Confederation Cup tournament in 2003. 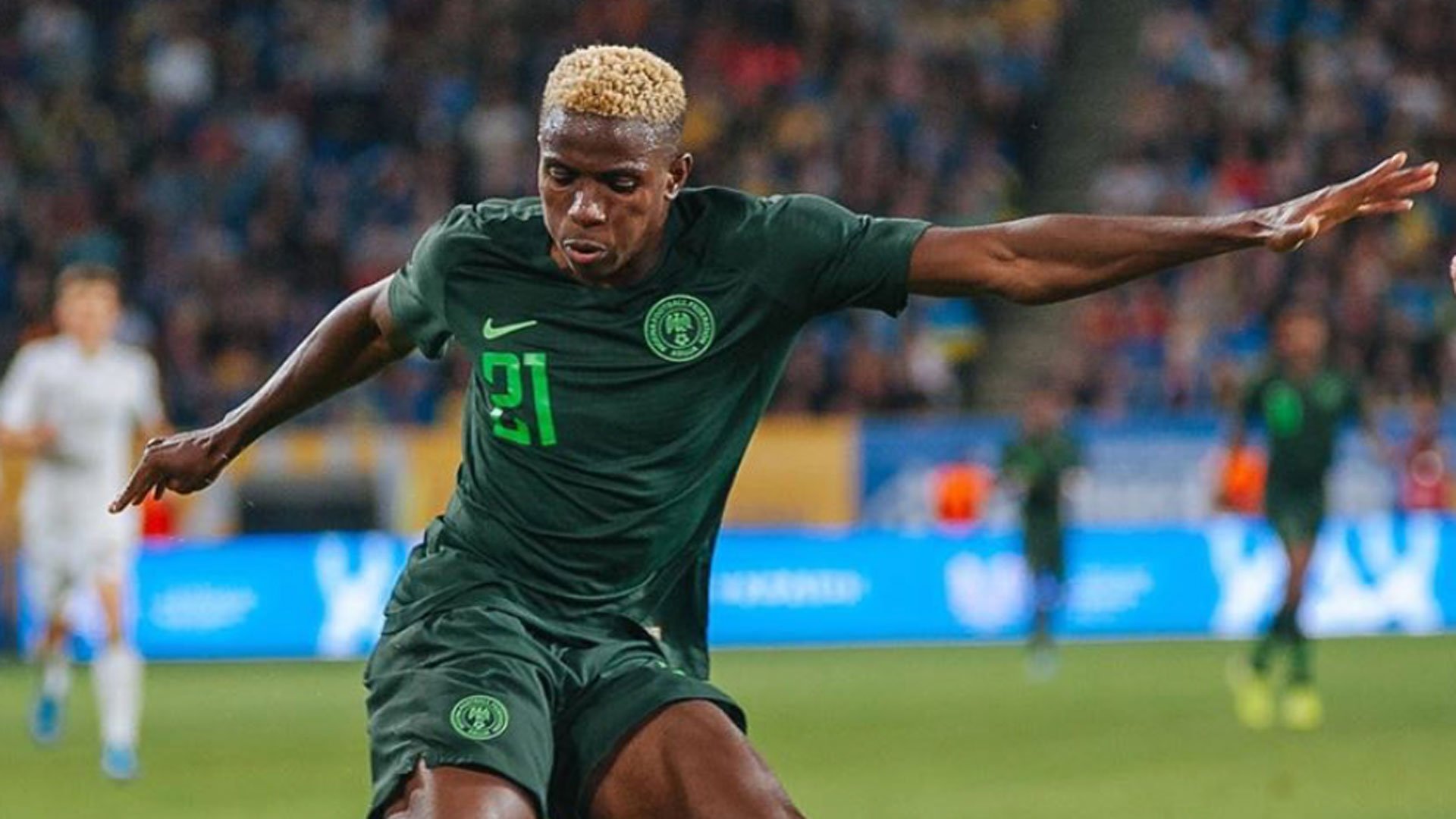 Interestingly, Osimhen, who succeeded 2019 winner Nicolas Pepe at Lille, is also the second Nigerian to win the top honour after Enyeama emerged African Best player in France in 2014. Pepe left Lille for Arsenal and rumours have is that Arsenal have also looked in the direction of the Nigerian player who is among the hottest properties in Europe at the moment.

Enyeama, who is a former Nigerian captain and goalkeeper, was outstanding for Lille that year to be so honoured. Osimhen, who won the award ahead of established Monaco’s Algerian striker Islam Slimani and Reims’ Moroccan Yunis Abdelhamid, becomes the youngest winner of the trophy at just 21 years. The Super Eagles forward now on the radar of several top European clubs due to his outstanding first season in the French topflight joined Lille from Charleroi in the Belgian Jupiler.

He scored 13 goals with four assists in 27 Ligue 1 matches for Lille before the season was cancelled due to the Coronavirus (COVID-19) pandemic. He was voted as the winner by a panel of 100 journalists, according to the award organisers French radio station RFI and television station France 24.