Following the remarkable victory of incumbent Governor Godwin Obaseki of the Peoples Democratic Party (PDP) at the just concluded governorship elections in which the former national chairman of the All Progressive Congress (APC) party, Comrade Adams Oshiomhole played all the political cards to ensure Obaseki did not get reelected into office, the PDP in the state  has commended the people of the state for reelecting Obaseki.

In a statement released by its Publicity Secretary, Chris Nehikhare, which was made available to the media, the PDP said the victory showed that people had passed vote of confidence in Obaseki. It said, “Now that the godfathers have been retired and the lions and tigers tamed, never will terror be unleashed on our people. Never will thugs serve as agents of government and role models. 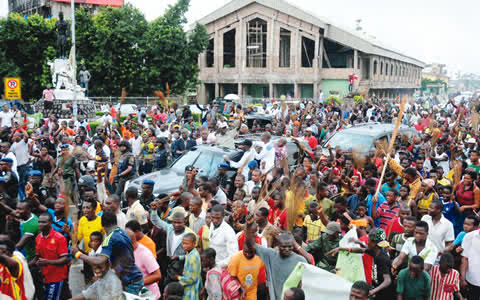 “The declaration today of Governor Godwin Obaseki as winner of the Edo State governorship election marks a new dawn in the history of our state. A sordid chapter in the development of our state has now been consigned to history.”

The Edo PDP was reacting to the news of the Independent National Electoral Commission (INEC), which on Sunday September 20, 2020 declared Godwin Obaseki, as the winner of Saturday’s governorship election in Edo State. The Returning Officer for the election, Prof Akpofure Rim-Ruke, who announced the result, said Obaseki who ran on the platform of the PDP polled  307,955 votes to beat his closest rival, Osagie Ize-Iyamu of the All Progressives Congress, who scored 223,619 votes. Rim-Ruke, who is the Vice Chancellor of the Federal University of Petroleum Resources, stated that Obaseki met all the criteria needed for him to be returned as governor.

The announcement was welcomed across the length and breadth of Edo State with wild jubilation, but the state chapter of the APC sulked and dismissed the victory, alleging that the election was marked by falsification of results. However, President Muhammadu Buhari who is also of the APC has already congratulated Obaseki and commended INEC. 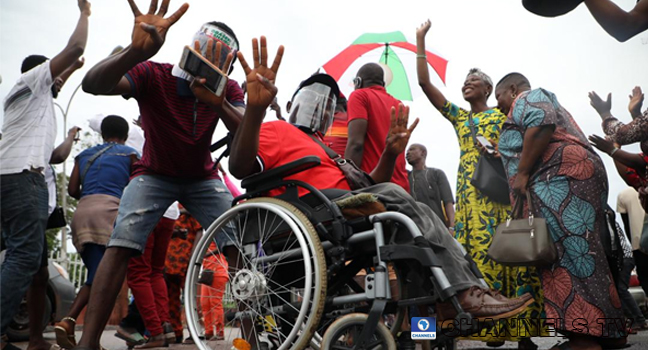 It would be recalled that when it was Obvious that Adams Oshiomhole and the APC was never going to support Obaseki for a second term in office, he defected to the PDP in June following his failure to clinch the APC governorship ticket, which was ‘won’ by Ize-Iyamu, who defected to the later a few months before its governorship primary.

The governorship electioneering was tension-soaked in the state as a result of the intractable crisis between the governor and his predecessor, Comrade Adams Oshiomhole. The immediate past APC national chairman supported Obaseki to emerge as the state governor in 2016, but they parted ways after the 2019 elections.

During the electioneering, both parties mobilised their leaders to Benin as part of efforts to win the state. While the APC team was led by the Kano State Governor, Dr Abdullahi Ganduje, his Rivers State counterpart, Nyesom Wike, headed the PDP team. Also the APC National Leader, Asiwaju Bola Tinubu, in a video released on the week of the election, urged the Edo electorate to reject Obaseki, but the PDP said Edo State was different from Lagos State, where it said Tinubu called the shots.

But at 2.45pm on Sunday, the electoral race was won and lost when the returning officer, Rim-Ruke, announced Obaseki as the winner. He said, “I, Akpofure Rim-Ruke, hereby certify, as the returning officer for the Edo State governorship election held on the 19th day of September 2020, that the election was duly conducted. The PDP candidate, having got the 25 per cent in two/thirds of the local government areas in the state and having a margin of lead higher than the cancelled votes, is hereby declared the winner and returned elected.” Obaseki, in defeating his main opponent, Ize-Iyamu, won 13 out of the 18 local government areas.