In a stiff reaction to the infamous Lekki Toll Gate military shootings on Tuesday October 20, 2020, the Pan Niger Delta Forum (PANDEF) on Tuesday asked the President Muhammadu Buhari to take full responsibility for the shootings of peaceful #ENDSARS protesters at the Lekki in Lagos State. The Niger-Delta forum also called on Buhari to order the immediate commencement of actions that would bring the perpetrators of the dastardly act to book.

In a statement by its spokesman, Mr. Ken Robinson, the body backed the calls by the Catholic Bishops Conference of Nigeria for a thorough investigation into the incident in Lagos. The statement titled, ‘Lekki Tollgate Shooting: PANDEF supports Catholic Bishops’ Call for a thorough investigation’ read, “PANDEF calls on President Muhammadu Buhari to, as Commander-In-Chief of the Armed Forces of the Federation, take full responsibility for the horrible occurrence at the Lekki Tollgate on Tuesday, 20th October 2020 and direct the immediate commencement of actions to bring to book those behind that incident. 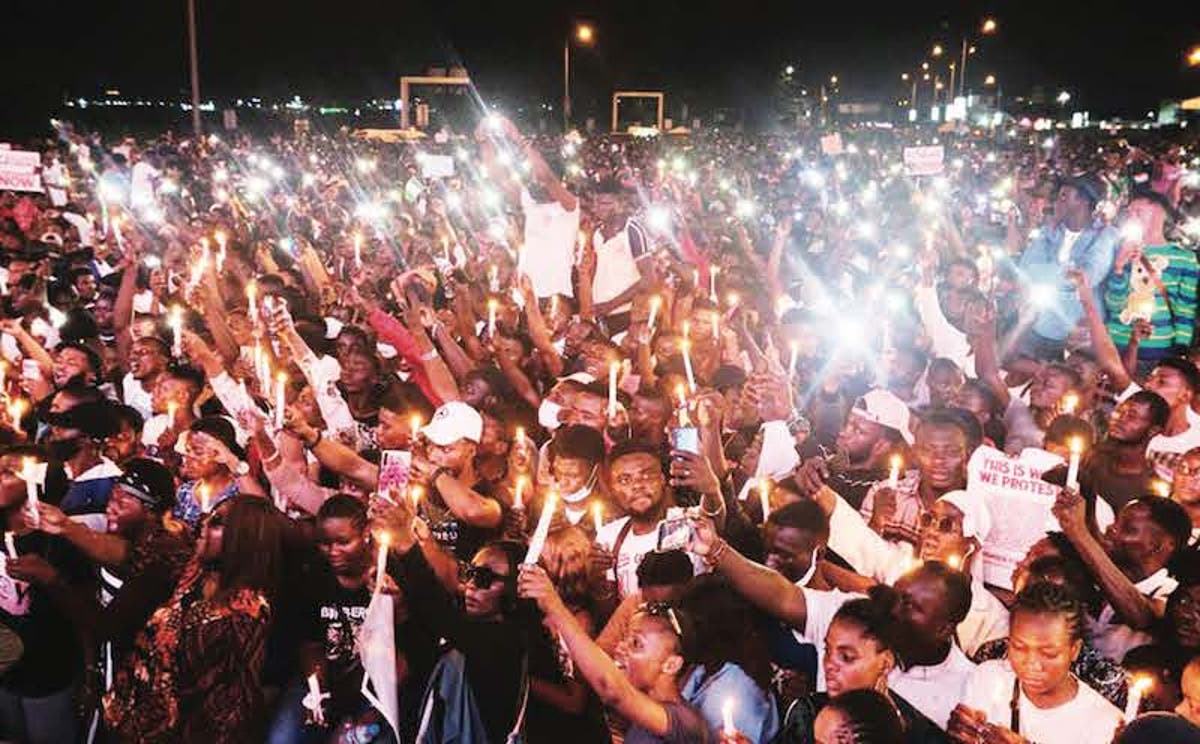 “The ramifications of the Lekki Tollgate incident go beyond portraying Nigeria to the world in a bad light; it is a threat to the nation’s democracy if it is true that Governor Babajide Sanwo-Olu had no foreknowledge of the incident. It raises further questions on the viability of the nation’s security architecture and its configuration vis-a-vis the need for a holistic overhaul.

“PANDEF has backed the call by the Catholic Bishops Conference of Nigeria for a thorough investigation into the shooting of peaceful #ENDSARS protesters at the Lekki Tollgate, Lagos, on Tuesday, last week. “We are supporting the Catholic Bishops’ resolution, and similar expressions by patriotic individuals and groups in the country, as well as, the International Community, for an immediate and transparent probe of the incident, whereby persons in Army uniform indiscriminately shot at young Nigerians that were peacefully protesting against police brutality.

“Whoever ordered the barbaric action, and those who carried it out, should be identified and made to face the consequences. The government must ensure that justice is served. While the Federal Government had said it would investigate the incident, the seemingly delay is unbecoming.”

The forum stated that the probe of the shooting of #ENDSARS protesters at Lekki tollgate should not be undertaken by the judicial panel of inquiry set up by the Lagos State government to probe police brutality and related extrajudicial killings. According to PANDEF, “Lekki shooting investigation should be committed to another panel that should be set up by the Federal Government and should be comprised of men and women of impeccable character, drawn from relevant strata of the society, including the military, civil society, and representatives of the #ENDSARS protesters.”