President Muhammadu Buhari (right) with his Vice, Prof. Yomi Osinbajo SAN at the closing of the Ministerial Retreat in Abuja

“When I was in his office, only myself and himself, only God is the witness. He looked at me in the face. He said, why are you killing Christians in Nigeria? I wonder, if it were you, I wonder how you will react. So, I tried and explained to him because this has got nothing to do with ethnicity or religion. It is a cultural thing, which the respective leadership is failing the nation…”

This was how President Muhammadu Buhari, President and Commander-In-Chief of the Armed Forces of the Federal republic of Nigeria for the first time accepted that American President Mr Donald John Trump confronted him with the senseless killing of Christians in northern parts of Nigeria and how he defended himself before the President of the most powerful country in the world.

It would be recalled that Trump in Washington sometime in April 2018 unequivocally accused Buhari and the All Progressive Congress Party (APC) of killing Christians in Nigeria. However, President Buhari who accepted that the confrontation put him off-guard, however said he tried and defended himself, by telling Trump that the conflict between farmers and herders in Nigeria was caused by cultural matters and not dictated by ethnic or religious factors. Buhari, who said he was put on the spot by Trump when he was alone with him, and accusing him of slaughtering Christians in Nigeria, added that the question really startled him even though he managed to put up a defence. 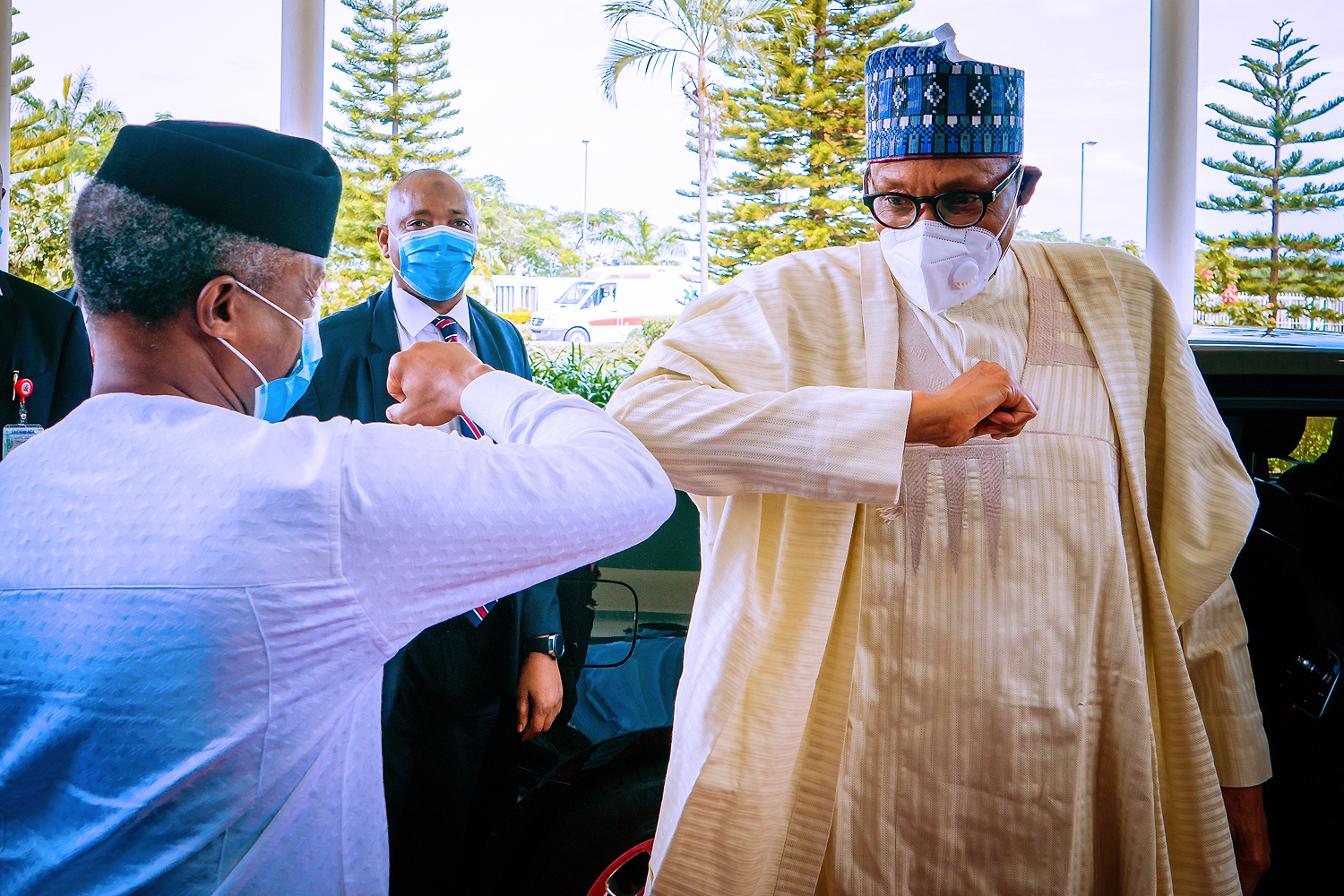 It came to his audience as a surprise that the President chose auspicious occasion of the closing of the 2-day ministerial retreat to make the disclosure and as usual apparently deviated from his ‘programmed’ closing speech at the end of the retreat in the Presidential Villa. After the ‘spillage’ of some sort, Buhari navigated back to the speech track and urged his cabinet members to do everything possible to do the needful as he was trying his best too.

The President also reminded his ministers and officials about their party, the All Progressives Congress (APC) and the promises they made to Nigerians when they were campaigning for election. He also pleading with the elite to be fair in their assessment of his government. He asked them to reflect on the state of infrastructure and the price of crude oil per barrel in the international market before he came to power and what it was when he took over government activities. He told members of his government to implore their friends to reflect on what his administration had achieved, saying he is doing his best with the two chances that God has given him to be in power.

He said: “The next problem I want to tell you is how we found ourselves, when I say us, I mean members of the APC because we are a team. We promised three things, security, economy and fighting corruption. We repeated the same thing last year. But I want the Nigeria elite, please encourage us and judge us fairly when we came. Between 1999 and 2014, I will like you to please check the average (crude oil) production was 2.1m barrels per day, the average cost was $100 per barrel.

“When we came it collapsed to $37 to $38 per barrel and the militants were unleashed on the administration, the production went down. I want you to please reflect what was the condition of the infrastructure then in spite of the earnings, the roads, there was no power and up till now there is no power. Where did the money go?

“So, please encourage your friends, the elite to reflect on what this administration has done, what APC has done and what we have achieved. Well I am doing my best; God has given me two chances.”