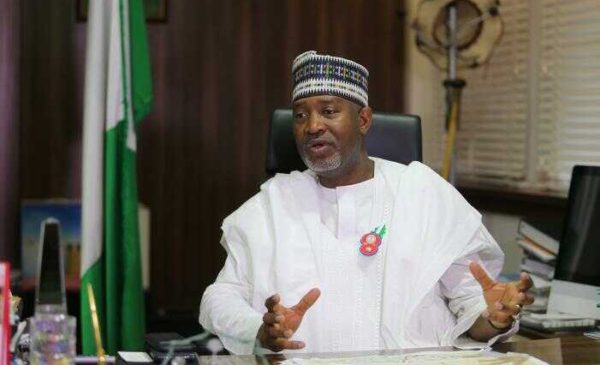 “Everything the Asset Management Corporation of Nigeria (AMCON) does is for public good and in the best interest of the Nigerian Economy.” That was how Mr. Ahmed Kuru, Managing Director/Chief Executive Officer of the AMCON summarized the operational activities of the special-purpose government agency at a recent interaction with the media.

Fielding questions from journalists in Lagos, Kuru said it was important for the public to have a deeper understanding of the fundamentals of AMCON and the critical nature of the work the Corporation is doing for Nigeria and Nigerians as a bad bank, a resolution company and an economic stabilizing agency of the government. Looking at the many interventions AMCON had done recently most of which attracted attention, the ever- dogged Kuru had this to say; “Everything we do is driven by economic interest and for common good. It is for economic reconstruction and nothing personal.”

The AMCON boss who spoke in a no-holds-barred manner added, “A number of the interventions we have done in the recent past, I can tell you, were done for public good. They were in the best interest of Nigeria. Take for example our involvement or intervention in the aviation sector. Irrespective of what some people are saying, the interventions were strongly driven by social goals. You cannot imagine the disruptive effect of not intervening in the airlines at the times we did. It would have been terrible for aviation sector and for the image of Nigeria before the international community. As a matter of fact, if you consider the number of jobs that would have been lost as a result of the airlines shutting down, you would better appreciate the impact of what AMCON did and is still doing to help restructure our economy. When it comes to matters that directly attack Nigeria’s brand equity, financial gains for AMCON becomes secondary because we prioritise our collective good,” Kuru said.

Recalling the experiences of investors like Sir Richard Branson of Virgin Atlantic Airlines in Nigeria, Kuru said the capital-intensive nature of aviation, a sector where every transaction is ‘dollarized,’ among other bottlenecks were responsible for why the lifespan of airlines in Nigeria are short. He said, “Are we not surprise that there is no airline that has successfully operated in Nigeria for 10 years? That is a sign that there is something fundamentally wrong with the sector. This is more worrisome because some of these investors that fail once they get involved with aviation are highly successful in other business.”

Again he said, “If somebody like Sir Richard Branson cannot successfully run an airline in Nigeria, it means the sector has serious issues, which we need to address. We all know the success story of Sir Branson and his Virgin Atlantic Airline globally but that same man came into Nigerian aviation and could not cope means that we have challenges that need to be addressed. Something is wrong with that system. But I am however happy because the current Minister of Aviation, Senator Hadi Sirika is seriously determined to change the way we run the sector. I want to believe it is a matter of time because he is really working hard to change the status quo.”