“The time of truth has come. This situation is no longer acceptable to any Nigerian. We can’t be mourning our citizens every day.”

Anyone who reads the comment above would instinctively assume it was made by known critics of President Muhammadu Buhari like former Ekiti State Governor, Ayo Fayose; former Minister of Aviation, Femi Fani-Kayode; or leader of the Indigenous Peoples of Biafra (IPOB), Nnamdi Kanu. So damn wrong.

It was made by Senator Ahmad Baba-Kaita (APC, Katsina North; also known as Daura Senatorial District) – Buhari’s Senatorial District in Katsina State – when he bared his mind in the hallowed Red Chamber of the National Assembly (NASS) on Tuesday. Baba-Kaita did not mince words in saying that his kinsman, Buhari, has not produced any meaningful result since he became president in 2015.

For too long, Northerners have behaved as though immune to the consequences of the inanities of the Buhari presidency. On October 22, the 19 governors in the Northern States Governors Forum (NSGF), rather than support youths protesting against police brutality and the bad governance Buhari’s presidency epitomises, expressed regret in Kaduna that “diabolical influencers in form of hooliganism, ethno-religious bigots and even political marauders” were bent on pulling the nation down and pushing for regime change.

In their communique at the end of an emergency meeting, the Northern governors not only branded longsuffering Nigerian youths “enemies of the nation” but also urged Nigerians to resist them by supporting Buhari. Ironically, one month after, Kaduna State Governor, Nasir el-Rufai, the group’s ideologue, is lamenting that he is frustrated and almost helpless over the level of insecurity in the country. 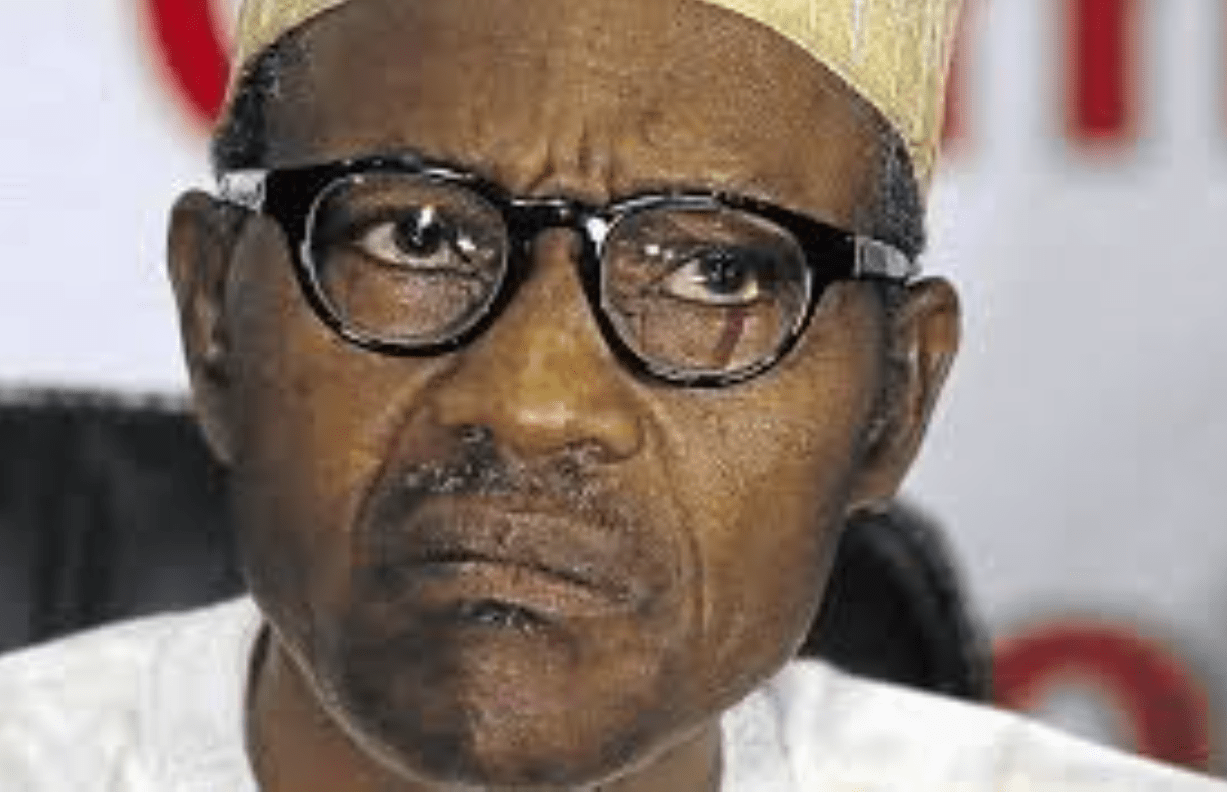 So, what has changed? Nothing! The communique mirrors all that is wrong with the country. Everyone is gaming the system in a desperate bid to massage the elephantine ego of the emperor for personal gains. It is neither about the good of the country nor welfare of the people. It is extremely difficult, if not impossible, for any well-meaning Nigerian not be despondent right now. The country is at a crossroads like never before. It is at that point when leaders rise to the occasion by making the all-important decision(s).

The sad thing is that Nigeria arrived at this point when it had no leader – the ship of the Nigerian state is rudderless. Make no mistake, Buhari’s incompetence, his lack of capacity, which is embarrassingly absolute, got Nigeria into this mess – and for too long, Northerners pretended it didn’t matter. Now, the chickens have come home to roost. On Sunday, Second Republic lawmaker, Junaid Mohammed, put his finger on why the North continues to indulge Buhari.

“Because of the hypocritical nature of Nigeria, tribal, sectional and religious politics, everybody is pretending so that Buhari will be seen to be doing something. He is doing nothing. He cannot do anything,” Mohammed said. What is most instructive here is not that Mohammed understands Nigeria and the primordial sentiments that have driven the country into this leadership ditch but the courage to pronounce a verdict.

And the damning verdict is: “As long as this same Buhari, this government and party – APC – are in power, Nigeria will never know peace because clearly, the task of governing Nigeria is beyond him. He cannot do it. He has failed woefully.”

But Mohammed, who is incensed by the gruesome murder of a yet to be determined number of residents of Kwashabe village in Zabarmari, a community in Jere Local Government Area of Borno State, on Saturday by Boko Haram terrorists, is not saying anything new.

Unless those who want to be politically correct by playing poker with the country’s fate, most Nigerians, after more than five years of Buhari’s presidency, have come to the inexorable conclusion that the onerous task of governing Nigeria is way beyond his ken.

In any other country apart from Nigeria with its asinine and highly flawed leadership recruitment process, a man with Buhari’s competencies will thank his stars if he is rewarded with the chairmanship of a local government.

It is understandable that it has taken the horrific slaying of these rice farmers for the North to speak up. Numbers are unimportant here because even if it was only one victim, it is bad enough. As John Donne, the 17th century English poet wrote, “Any man’s death diminishes me, because I am involved in mankind.”

But when the gory manner of the killings – hands of victims tied at the back, throats slit like chicken – is thrown into the mix, one can understand the outrage. Which explains why the soulless rationalisation by Garba Shehu, presidential spokesman, in an interview with the BBC on Monday where he said that the farmers did not have military clearance to be on the rice farms, is so offensive.

Literally, for not getting military clearance before going to their farms, Shehu is saying that these farmers committed suicide. He is implying that they ought to have known better. This takes victim-blaming to an unprecedented low. It is the height of insensitivity.

The problem with the Buhari regime is that its chief priests who must minister to the god of Aso Rock don’t know when to stop. Having ascended to office through outright lies and propaganda, they thought they could govern by obfuscating issues.

If not, how can a government that told Nigerians that Boko Haram no longer controls even an inch of Nigerian soil, turn around now to say military clearance is needed for people to go to their farms? How low can we get in this bizarre game of providing excuse for the government’s ineptitude?

Many who helped bring Buhari to office in 2015 are today too ashamed and would rather not talk. Others are simply too afraid of his capacity for vendetta. That is why groups like the Northern Elders Forum (NEF) that called on him to resign for failure to combat increasing insecurity in the country, must be applauded. The group, in a statement on Tuesday by its Director, Publicity and Advocacy, Hakeem Baba-Ahmed, insisted that life has lost its value on Buhari’s watch because he lacks the political will to fight Boko Haram insurgency.

“Under this administration, life has lost its value, and more and more citizens are coming under the influence of criminals. We do not see any evidence of willingness on the part of President Buhari to honour his oath to provide security over Nigerians. In civilised nations, leaders who fail so spectacularly to provide security will do the honourable thing and resign,” the statement added.

Senators were on the same page with the NEF. They condemned Buhari’s failure to fire the service chiefs as demanded in the past, insisting that his retention of the military top brass implies that as the commander-in-chief, he has failed in his most primary assignment of securing the nation. The lawmakers adopted the position that any government that could not discharge the basic obligation of securing citizens is not worthy of legitimacy. The submission in the Upper Chamber I found most saddening is that of former Borno State Governor, Senator Kashim Shettima, because it drips of hypocrisy.

He said: “Boko Haram is virtually ruling all our rural areas. They kill and abduct people at will … Government officials keep saying Boko Haram has been technically defeated. This claim is not true. The primary responsibility of government is to protect the lives and property of the people. Any government that has failed in doing this has lost the legitimacy of the people.”

Coming from Shettima, this is sad because he is one of those Northern political leaders who, in pandering to the whims and caprices of Buhari, played politics with the security of his people.

As at the time Shettima and his ilk were sycophantically praising Buhari to high heavens for doing, let’s face it, nothing, Borno residents were paying Boko Haram members to be allowed to go to their farms or move around in their villages. They still do as they also do in Katsina, Buhari’s home state. The Sultan of Sokoto, Sa’ad Abubakar, amplified this depressing fact on November 26 at the fourth quarterly meeting of the Nigeria Inter-Religious Council in Abuja, when he said bandits were fast overrunning the North.

“People think the North is safe, but that assumption is not true. In fact, it’s the worst place to be in this country because bandits go around in the villages, households and markets with their AK 47 and nobody is challenging them. They stop at the market, buy things, pay and collect change, with their weapons openly displayed,” he lamented.

But it is not only the North that is in ruins. Buhari’s incompetence and lack of capacity have ruined Nigeria. Farmers in the South also need security escorts to access their farms.

It is unfortunate it took the slaughtering of innocent rice farmers and the international opprobrium on the country for the North to realise that Buhari is a bad omen for all. But it is not enough for fellow compatriots to wake up from their lethargic slumber.

It will be good if the right lessons have been learnt by all Nigerians, Southerners and Northerners alike, which is: If the North is worse off in spite of the fact that a rabid ethnic supremacist like Buhari is in office, then Nigerians are better informed that competence should trump all other mundane considerations when making a choice in 2023.

–Mr Amaechi, a celebrated journalist is Publisher of TheNiche, an online newspaper