NICON Investment and businessman Barrister Jimoh lbrahim said they are set to approach the court for an order that would quashing the interim injunction obtained by AMCON against them. It listed the assets as the building of NICON Investment Ltd at Plot 242, Muhammadu Buhari Way, Central Business District, Abuja; NICON Hotels Ltd on Plot 557, Port-Harcourt Crescent, Off Gimbiya Street, Abuja and the building of NICON Lekki Ltd also on No. 5, Customs Street, Lagos. 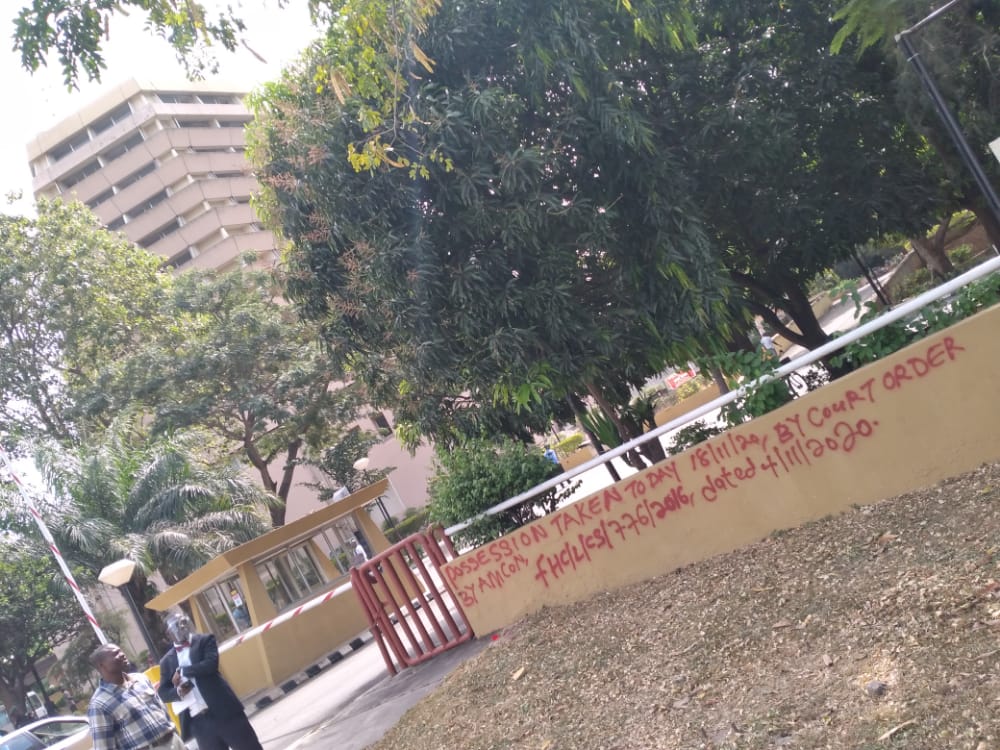 It was gathered that both NICON Investment and Ibrahim will plead before the court that the order granting AMCON possession of the assets was not properly obtained. They are set to contend that AMCON did not avail the court of all the facts of the dispute between them. Some of the questions they would want the court to answer are:

How did AMCON secure a second interim injunction when the first injunction it obtained some years ago had allegedly been discharged? Did AMCON inform the court that on October 2, 2019 Justice Oguntoyinbo of the Federal High Court, Lagos, in a suit it instituted against NICON Investment and others, held that in view of the facts contained in the affidavit before the court, the court was minded to stay proceeding in the suit pending the outcome of the suit before a Lagos high court presided over by Justice Oyefeso?

NICON Investment and Ibrahim are wondering if judicial notice was taken of Justice Oguntoyinbo’s ruling in which he said “the lone issue formulated for determination by the court is hereby resolved against the plaintiff (AMCON) and in favour of the defendants (NICON Investment).”

A NICON Investment executive, in a recent interview with The Nation, wondered whether Justice Aikawa’s attention was drawn to Justice Oguntoyinbo’s order before granting AMCON the possession of the assets, which provided AMCON the backing to enforce on the assets.

According to him, “In the High Court of Lagos before Justice Oyefeso, Union Bank, in her statement of defence filed in court, admitted that Jimoh had a deposit of over £137 million.

“The bank prayed the court as follows: ‘an order for the sale of the funds standing to the credit of the pound sterling fixed deposit account maintained by the 1st defendant to the counter claimant; the proceed of which shall be applied in liquidation or part liquidation of the judgment sum as may be awarded against 1st and 2nd defendant counter claimants.”

According to him, the £137 million with Union Bank is three times higher than the amount he and his companies borrowed from the bank. Besides, he claimed the bank acknowledged another deposit of £125 million from another company of his, Global Fleet Oil and Gas Limited, making a total deposit of £250 million with it 10 years ago at five per cent interest.

“Out of the total deposit of £250 million with Union Bank, £137million was used to secure the loan, he said adding, who is owing who?” he asked.

He also claimed that AMCON “did not sign an undertaking for a temporary injunction in the event that facts were misrepresented to the court as requested by the rules of the Federal High Court.”

According to him, Mr. Kemi Pinheiro (SAN), AMCON counsel in the new case had represented Union Bank in the suit before Justice Oguntoyinbo while Mr. Yusuf Alli (SAN), represented AMCON. Union bank, according to him, opposed AMCON joining the case at the Lagos High Court. “When was the change of counsel done with the motion on notice with the interim injunction?” he asked.