The United States has strongly condemned the use of excessive force by the military authorities in Nigeria against unarmed youth demonstrators in Lekki area of Lagos State on Tuesday October 20, 2020. Nigerian youth population who are tired of decades of police brutality began a nationwide protest with #ENDSARS.

As the government of President Muhammadu Buhari allowed the protests to linger without definitive and convincing steps, which would have enabled the protesters retreat, they continued to think it was the usual protests like that of the Nigeria Labour Congress (NLC) where their leaders are easily bought over by the government to abort their protests. The #ENDSARS protest was started by youths all over the country who have seen that the country is skewed in such a way that their future looked bleak. 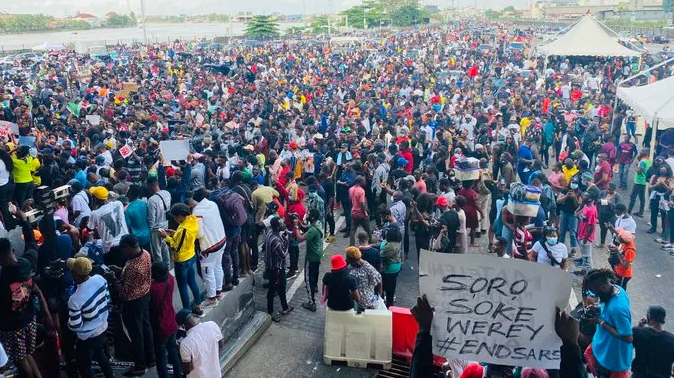 The Secretary of State of the United States of America, Mr Michael Pompeo, in a statement on Thursday, asked the Federal Government to hold those responsible accountable. He said the rights to peaceful assembly and freedom of expression are essential human rights and core democratic principle. Pompeo, therefore, admonished the security services to show maximum restraint and respect fundamental rights. He also enjoined the demonstrators to remain peaceful.

The statement titled, ‘Ongoing protests in Nigeria’, read in part, “We welcome an immediate investigation into any use of excessive force by members of the security forces. Those involved should be held to account in accordance with Nigerian law.The right to peaceful assembly and freedom of expression are essential human rights and core democratic principles. “We call on the security services to show maximum restraint and respect fundamental rights and for demonstrators to remain peaceful. We extend our condolences to the victims of the violence and their families.”