Following the mismanagement of the peaceful #ENDSARS protests, which was then highjacked by hoodlums to wreak havoc across the country, Nigeria’s Inspector-General of Police (IGP), Mr Mohammed Adamu, has said the police would not again allow violent protests in the country.

The IGP who is currently battling with a Nigerian police that is low in motivation and remuneration however claimed that the police were ready to combat any group attempting to cause a breakdown of law and order in the country. Recent reports have it that thousands of police officers were completely disenchanted with their work and were throwing in their resignation letters in their hundreds with the police top hierarchy rejecting the resignations and pleading with them to remain in the force.

The police boss while reiterating that the constitution guaranteed peaceful protests, he said many of the masterminds of the violence that rocked the #ENDSARS protests had been arrested including inmates who escaped from Edo State prison. Adamu who was responding to questions during a meeting with command commissioners of police in Abuja at the weekend disclosed that many inmates had equally been arrested in Kano and Kaduna while perpetrating crimes. 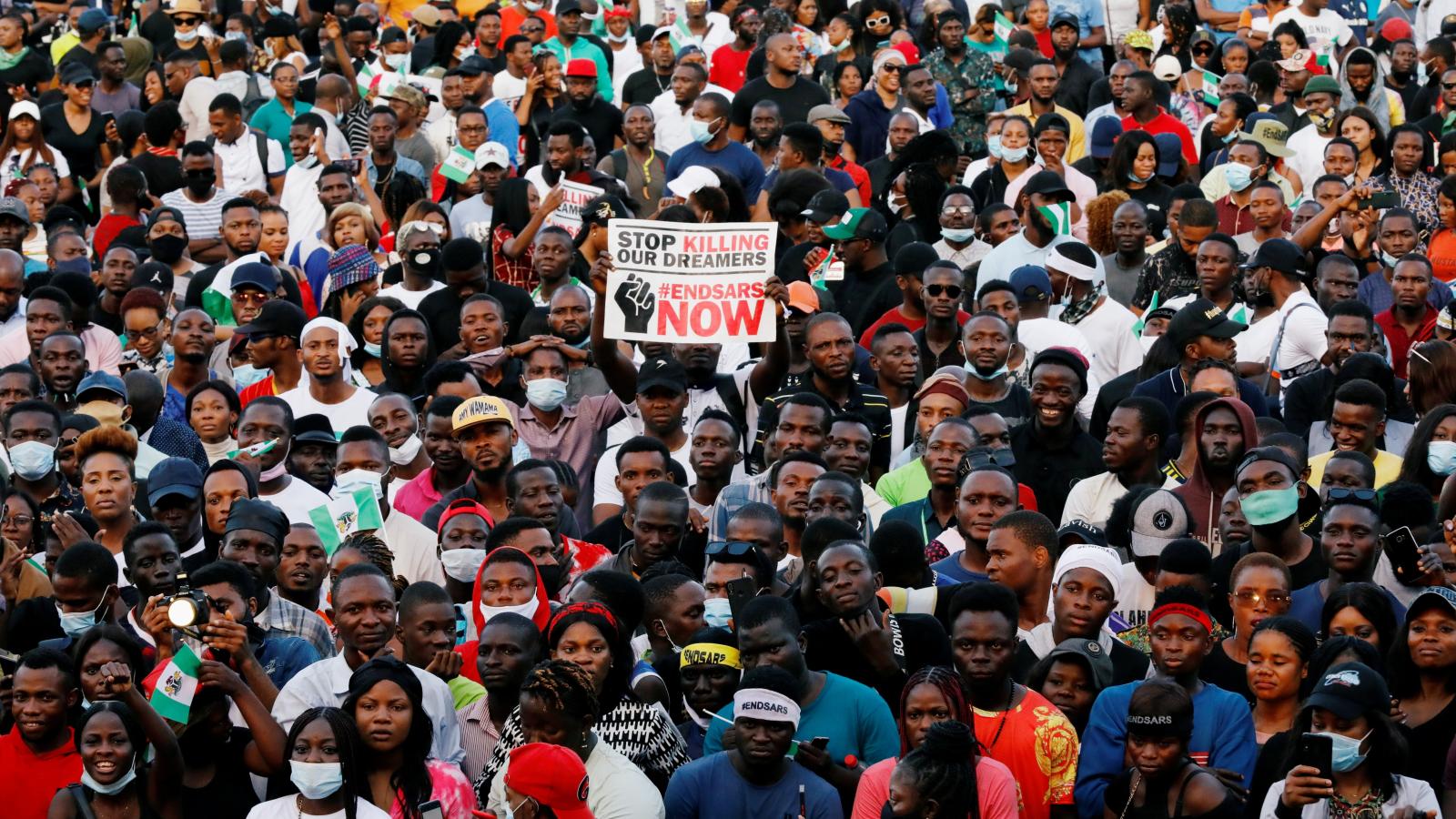 According to him, “We will never allow this type of #EndSARS protests again, it was violent. Peaceful protest is allowed in our constitution. When these rallies started peacefully, we provided security for them. We were moving with them to make sure they were not molested by any group of people and it was going on well until it turned violent.

“When it turned violent, they then attacked the people that were even giving them protection. So, we shall never allow any violent protest in this country again. When you talk of peaceful protests, yes, it is allowed but violent protests, never.”

He called on well-meaning Nigerians to prevail on groups said to be planning another round of protests to drop the idea. The IG explained that his men were working hard to apprehend other inmates at large, including cultists terrorizing the neighbourhoods.

He noted, “We have made a lot of arrests of those people that escaped from prisons. Some were even arrested in Kano and Kaduna. When they escaped, some of them went back to their business of robbery. And the cultists, when they escaped, they went back to the business of cultism, especially in Edo. We’ve been able to arrest a significant number of them and we are still after those that are outside. We call on Nigerians, any information you have about an escapee from any of the correctional centres, please inform us or any other security agencies, so that we can get them back to prison.”