New PSG manager, Mauricio Pochettino as won his first trophy with the club and believes ‘this is only the beginning.’ It is the first trophy of his managerial career, which came just 11 days after taking charge at PSG.

It was goals from Mauro Icardi and star player Neymar that secured victory against Marseille in the Trophee des Champions – the French equivalent of the Community Shield – with Dimitri Payet grabbing a late consolation. 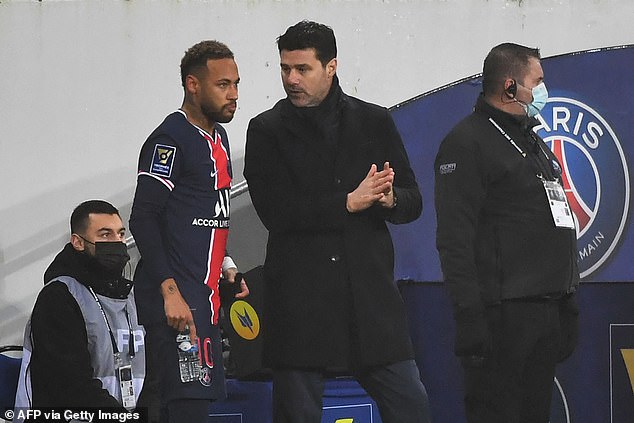 In 11 years as a manager, at Espanyol, Southampton and Tottenham, the Argentine never won a trophy but he has now managed to claim silverware less than two weeks into his new job – and is eager for more. ‘After 10 days as a coach, three matches played and this final against our biggest rival, it’s very important to win,’ Pochettino told French TV station Canal+.

‘More than the trophy, it is honour and pride that are most important for the club and for the fans. Little by little, the team is doing the things that I ask for. I’ve been here for two weeks and we’ve done a lot of preparation.

‘This is only the beginning. We believe that with time and work, we can install our ideas and that the progress will be good because the quality we have. We have little time to train but my players deserve this trophy, the recognition and they have adapted quickly to my requirements.

‘I want to thank the players, Leonardo and Nasser [El-Khelaifi] for the opportunity, but also Thomas Tuchel and his staff because we are here because they have won titles.’

Brazilian star Neymar made his comeback from injury as a substitute and scored the trophy-clinching penalty five minutes from time. ‘He’s a special player and I’m very happy for him,’ Pochettino added. ‘He scored the winning goal and I’m happy with the overall performance of my team, who had a good game.’

Meanwhile opposite number Andre Villas-Boas insists his side were the better team on the night. ‘I have nothing to say to my players, we were the best team,’ Villas-Boas said. ‘The best honour that PSG give us is the party they’re throwing.’