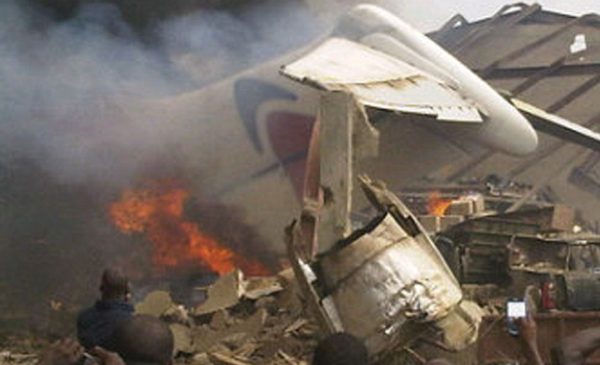 Fresh facts reaching us has it that Safer Skies Nigeria Foundation (SSNF), a non-governmental organisation and families of victims of the ill-fated Dana Air Flight 9J 922 that crashed in Iju area of Lagos State on June 3, 2012 have variously described the crash as avoidable. The Chairman of the group, Mr. Paul Okwulehie, while briefing newsmen on Thursday in Abuja said the foundation was set up to advocate for safety of Nigerian airspace.

Okwulehie, while expressing happiness that the Accident Investigation Bureau (AIB) released the accident report of the crash, said the findings revealed that the pilot of the aircraft was incompetent. He said that the report showed that Mr. Peter Waxtan, who flew the ill-fated flight was not qualified, adding that the pilot failed to land at the nearest airport when the first engine failed. According to him, Waxtan had earlier been suspended by the U.S. Federal Aviation Authority for various misdemeanors and received negative evaluation by his trainers. “Dana Air and Nigeria Civil Aviation Authority (NCAA) fell woefully short of discharging their supervisory and regulatory responsibilities.

“All reference letters presented by the unqualified pilot to DANA and NCAA were neither signed nor authenticated. The background check on the captain was inadequate and the line training given to him was hurried with no evidence that his deficiencies were corrected before the crash. There were even discrepancies on the amount of fuel uplifted by the aircraft on that flight. We simply stated the findings of the AIB Investigator but would reserve our comments till when the ongoing court processes are completed,’’ Okwulehie said.

He said the essence of the briefing was in line with their promise to dissipate their energies to ensure that air travels in Nigeria, after June 3, 2012 was safer than it was before the emergence of SSNF as a body. The group’s chairman explained that SSNF was incorporated in furtherance of the objective of making air travels in Nigeria and around the world safer. According to him, the families of the victims of the Dana Plane Crash with the families of all other previous plane crashes in Nigeria came together to form the group. Okwulehie disclosed that the group made a number of recommendations to the government and regulatory agencies during the crash’s fourth anniversary in 2016 to avoid a repeat of the Dana Air scenario.

“We had on the 4th anniversary made twelve recommendations, which we believe would significantly make the Nigerian airspace safer for air travels. “Did any of the relevant agencies and operators take note? We had recommended constant review of the qualification experience and competence of all pilots flying commercial aircraft in Nigeria, among several other recommendations. Are all our technical crew subjected to continuous checks? The aviation industry in any country should not be a secret cult.

“There is the need to make aviation in Nigeria open and transparent. To ensure safety in the Nigerian airspace, safety audits must be regular and its implementation ensured. “Relative performance of commercial airlines and their safety records must be made available to the public, and ministers or chief executives under whose watch Dana-like crashes occur should not be allowed to retain their seats,’’ he added. The News Agency of Nigeria (NAN) reports that the AIB had, in its final report of the crash released in March 2017, stated that the pilot of the aircraft acted in error. The report added that lack of situation awareness, inappropriate decision making, and poor airmanship by the pilot led to the tragedy.