Following Tuesday night massacre of peaceful youth protesters at the Lekki Toll gate in Lagos State, South of Nigeria, hundreds of people took to the streets in South Africa on Wednesday to voice outrage at the shooting of peaceful demonstrators of the #ENDSARSNOW movement in Nigeria.

Recall that for years now, Nigeria, which is Africa’s most populous country has faced growing unrest as a protest over brutality by men of the Special Anti-Robbery Squad (SARS), a unit of the Nigerian Police Force set up to battle armed robbery among other violent crimes in Nigeria. The unit became highly corrupt and years of reforms also made it worse as the police hierarchy and the political elite engage them for selfish reasons. On the other hand, the men of the unit also saw loopholes and used their agency to intimidate, extort and extrajudicially kill youths who they arrest at will and force them and their parents to part with huge sums of money before they are released.

Stories have also been told of SARS officials telling Nigerians that they will “kill them and nothing will happen” thus confirming the lawlessness in Nigeria. In the last 11 days however, the #ENDSARSNOW protest started and latter snowballed into wider grievances against the government of President Muhammadu Buhari and the ruling All Progressive Congress (APC) who promised “change’ during their campaign but has refused to change anything in the country.

Witnesses said gunmen opened fire on a crowd of over 1,000 peaceful protesters who were waving the Nigerian flag and telling the military that they were peaceful protesters. Amnesty International and so many local television stations in Nigeria who covered the mass killing have reported that several people were killed in the process but the government despite glaring and video evidence have continued to lie to the citizens that there were no casualties. 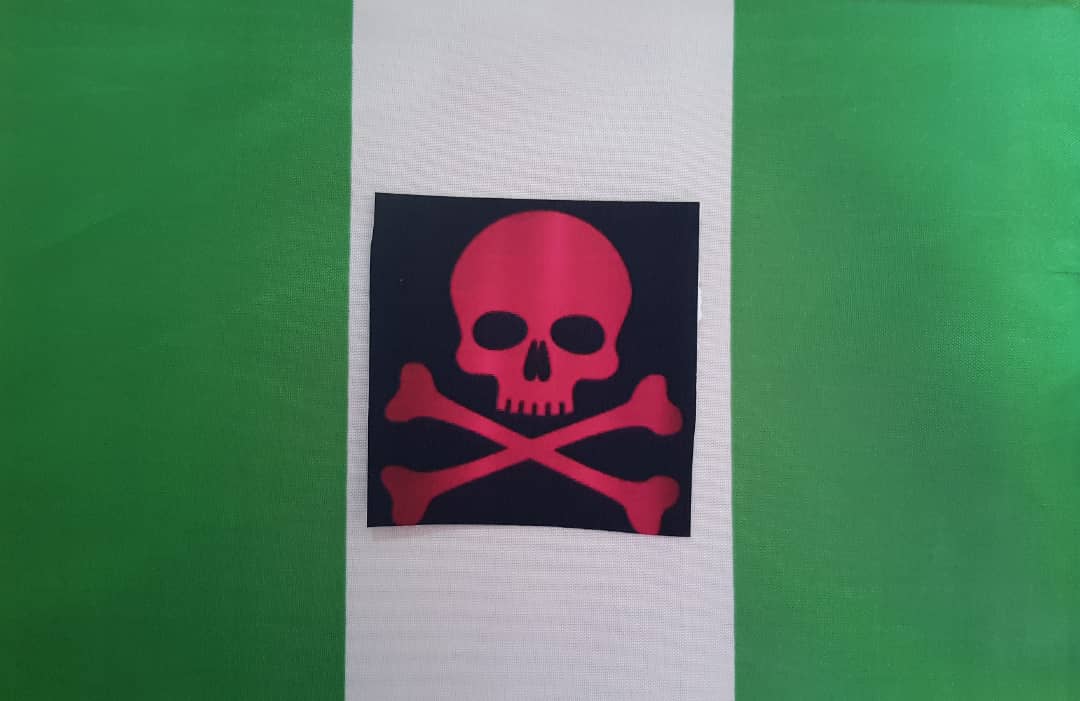 On Wednesday, demonstrators draped in the national flag of Nigeria and chanting liberation slogans marched to Abuja’s embassy in Pretoria carrying banners reading “End police brutality.” Another group of about 400 people in Cape Town, mostly Nigerian nationals, vowed to continue picketing until there was a change in Nigeria. Well-known South African rap star AKA voiced solidarity with the people of Nigeria, saying: “How can people shoot to KILL their own countrymen and women?”

“This is insane… Sending love and strength to Naija,” AKA tweeted to his 4.6 million followers. South African opposition party, the Economic Freedom Fighters, pledged its “moral and political solidarity” with Nigerians and called on the government to rein in its army and security services. The EFF salutes the young lions of Nigeria in their resolve to graduate their successful fight against police brutality under the banner of #ENDSARS,” it said in a statement.

The Congress of South African Trade Unions condemned the crackdown, saying the accumulated anger of citizens over decades of failure in the delivery of basic social services and endemic corruption, was “visible in the pent-up anger, which has been boiling over in mass street protests in cities across the country”.

Both groups called on the African Union and the Economic Community of West African States to send a strong message to Nigerian President Muhammadu Buhari to immediately end the crackdown on protesters. South Africa and Nigeria are the economic giants of Africa, competing for sporting prowess, cultural dominance, and economic strength. South Africa plays hosts to more than 2.2 million foreigners including Nigerians.