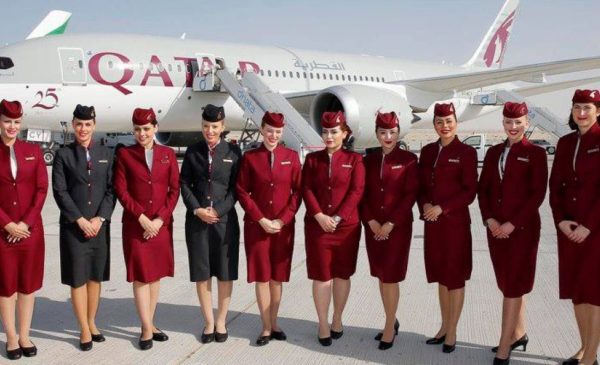 Qatar Airways said on earlier today (Monday June 5, 20q7) that it had suspended all flights to Saudi Arabia as a major diplomatic crisis escalated in the Gulf region. The move by the Doha-based carrier came just hours after Saudi Arabia, Bahrain, the United Arab Emirates (UAE) and Egypt all cut diplomatic ties with Doha over accusations it supports extremism.

No doubt, the development would heavily dent the image of Doha whom the whole world hitherto viewed as the “New Dubai) in the Gulf region. Qatar Airways competes with the likes of UAE-based Emirates Airlines and Etihad Airlines in terms of passenger patronage for that route. The latest development meant that Qatar would take a big hit, which would result in severe revenue loss.

Several airlines from those countries earlier announced they would no longer fly to Qatar. “Qatar Airways has suspended all flights to the Kingdom of Saudi Arabia” until 11.59 GMT the same day, a statement from the airline said. A spokeswoman said it was unclear if the suspension would be extended. Qatar Airways flies to nine cities in Saudi Arabia.

UAE carriers Emirates, Etihad, Fly Dubai and Air Arabia, as well as Saudi Airlines, all announced earlier on Monday they would suspend flights to Doha starting from Tuesday morning. It was not immediately clear if Qatar Airways would also suspend flights to other countries. Regional powerhouse Saudi Arabia on Monday ordered its nationals to leave Qatar within 14 days and barred Qataris from the kingdom. Saudi Arabia has also closed its border with Qatar.

Meanwhile the government of Qatar let by the Emir of Qatar Sheikh Tamim bin Hamad al-Thani has reacted to the decision tagging it “unjustified” and aimed to put Doha under political “guardianship.” A statement from Qatar said, “The measures are unjustified and are based on false and baseless claims,” The aim is clear, and it is to impose guardianship on the state. This by itself is a violation of its (Qatar’s) sovereignty as a state,” the statement from the Foreign Affairs Ministry of Qatar added.

The host of the football World Cup 2022 said it has been subjected to an “incitement campaign based on fabrications, which reflects an intention to harm Qatar.” Doha insisted the sanctions, which include the Gulf States severing air, land and sea links with Qatar, “will not affect the daily life of citizens and residents.”

The statement maintained that, “The Qatari government will take all measures necessary… to foil attempts to affect or harm Qatar’s society and economy.” Qatar has land borders with Saudi Arabia and is separated by Gulf waters from nearby Bahrain and the United Arab Emirates, which makes it look like “brothers-at-war.”