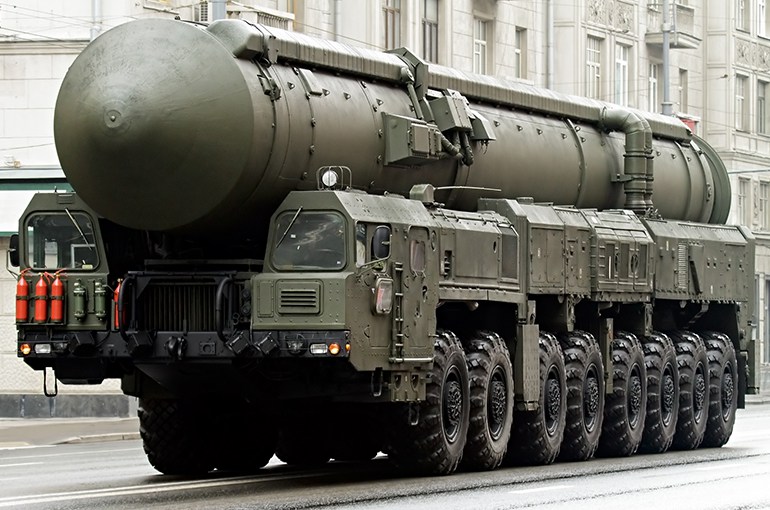 Nuclear-armed North Korea mocked President Donald Trump as “bereft of reason” Thursday, raising the stakes in their stand-off with an unusually detailed plan to send a salvo of missiles towards the US territory of Guam. The scheme to target the island, a key US military stronghold, was intended to “signal a crucial warning” as “only absolute force” would have an effect on the US leader, the North said. Earlier, Trump stunned the world with a bold-faced message to leader Kim Jong-Un that appeared to borrow from Pyongyang’s own rhetorical arsenal, saying the North faced “fire and fury like the world has never seen.” Before.

The war of words over Pyongyang’s nuclear and missile programmes is raising fears of a miscalculation that could lead to catastrophic consequences on the Korean peninsula and beyond. Last month the North carried out two successful tests of an intercontinental ballistic missile, bringing much of the US mainland within its range. Trump’s “fire and fury” remarks were “a load of nonsense”, said General Kim Rak-Gyom, the commander of the North’s missile forces, according to Pyongyang’s official Korean Central News Agency. “Sound dialogue is not possible with such a guy bereft of reason,” he added in a statement.

The military would complete the Guam plan by mid-August and submit it to Kim Jong-Un for consideration, he said. The distinctively precise statement said the four missiles would be launched simultaneously and overfly the Japanese prefectures of Shimane, Hiroshima and Koichi. They would have a flight time of 17 minutes 45 seconds, travel 3,356.7 kilometres (around 2,086 miles) and come down 30 to 40 kilometres away from Guam, it said — which would put the impact points just outside US territorial waters. Japan, which has in the past warned it would shoot down any North Korean missiles that threaten its territory, responded quickly to insist it can “never tolerate” provocations from the reclusive state.

The western Pacific island of Guam is home to US strategic assets including long-range bombers and military jets and submarines, which are regularly deployed for shows of force in and near the Korean peninsula, to Pyongyang’s fury. Two supersonic US bombers took off from the island on a fly-over mission to Korea early this week. Professor Yang Moo-Jin of Seoul’s University of North Korean Studies said the level of detail in Pyongyang’s declaration was unusual. “The North appears to be saying what it is going to do is within international laws,” he told AFP. “Therefore, it cannot be ruled out that the North may translate this plan into reality.”

During the Cold War in the 1980s the Soviet Union sent unarmed missiles to come down in the Pacific within 1,000 kilometres of Hawaii. Analysts said a North Korean launch towards Guam would put the US in a dilemma: if it did not attempt to intercept the missiles, its credibility would be damaged and the North would feel emboldened to carry out a full-range ICBM test. But if an intercept was attempted and any of the rockets got through it would undermine the effectiveness of the United States’ ballistic missile defense.

“Unlike Trump’s vague, incendiary threat, DPRK’s is coercive, clear, specific, and has credible escalation potential. Response is difficult.” Thousands of North Koreans marched through central Pyongyang Wednesday, waving clenched fists, as authorities put on a show of support for their stance. One banner proclaimed: “10 million hearts burn with vows to defend the fatherland until death.” Seoul’s military said the North would face “strong and resolute retaliation” in the event of an attack. Tensions on the Korean peninsula tend to increase when Seoul and Washington launch major military joint exercises, and the next, Ulchi Freedom Guardian, is set to kick off around August 21.

The declaration came after Trump boasted on Twitter that America’s nuclear arsenal was “far stronger and more powerful than ever before”. “Pyongyang’s interpretation of rhetoric from Washington is different from the way the West regards the North’s habitual threats. It views such fiery rhetoric from Trump as a matter of life and death,” said Hong Hyun-Ik, a senior researcher with the Sejong Institute. US Defense Secretary Jim Mattis on Wednesday warned the North to “stand down” in its pursuit of nuclear weapons, saying Pyongyang “should cease any consideration of actions that would lead to the end of its regime and the destruction of its people”.