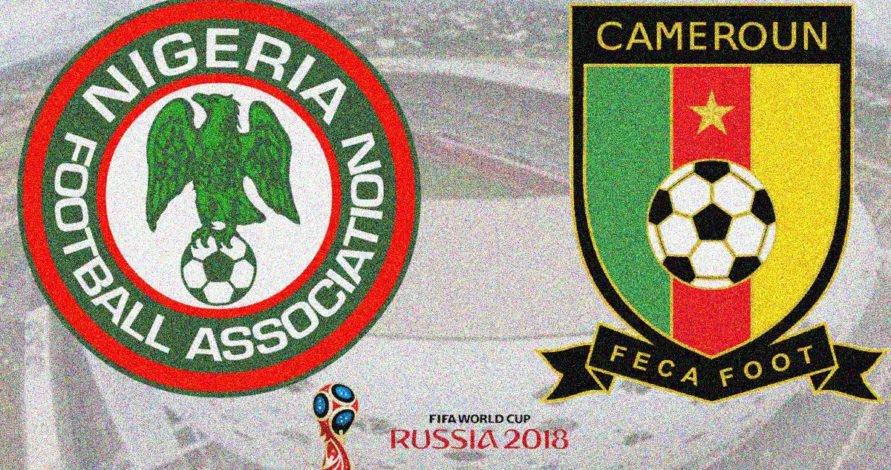 Nigeria Super Eagles to another definite step towards their World Cup qualification on Friday (September 1, 2017) in Uyo, the Akwa Ibom State capital with a 4 – 0 defeat of the Indomitable Lions of Cameroon. Thanks to the return of key players led by the captain, Mikel Obi; Victor Moses, Odion Ighalo and Leon Balogun.

The list of the players that made Nigeria proud once again include Elderson Echiejile and Shehu Abdulahi both who kept their place at left-back and right-back respectively with Leon Balogun partnering William Troost-Ekong in the heart of the defence. Ilechukwu Ezenwa who plays for Ifeanyi Uba FC was in goal and kept a clean sheet. In midfield, the team captain, Mikel started alongside Ogenyi Onazi and Wilfred Ndidi while Ighalo led the attack. He was flanked by Chelsea star Victor Moses and Moses Simon.

Before the referee blew the match open at 5.00p.m. football pundits across different media platforms predicted a difficult match given the fact the Cameroon is the reigning African Champions that recently represented Africa in the Confederation Cup. Nobody however believed that the game would be easily won by the Super Eagles with as much as 4 – 0. Cameroon with all the hype could not score against the Super Eagles.

With the win, Super Eagles would be heading to Cameroon on Monday (September 4, 2017) for the return leg of the game sitting on 9 points and group leaders. The gap could however be reduced by either Zambia or Algeria when they meet in Lusaka on Saturday (September 2, 2017). Should Super Eagles win Cameroon in their home, Super Eagles could as well start packing their luggage for the Russia 2018 World Cup, which holds from June 14 to July 2018.

With this impressive performance, Coach, Gernot Rohr and his backroom staff must be very happy with the result especially coming on the back of the defeat by Bafana Bafana of South Africa, which made a lot of Nigerians question the quality of the players he selected to execute that game. With this win over the defending champions of Africa, the coach has done well yet again.