Nigeria’s Super Eagles players have all been given medical clearance to play in Tuesday’s reverse fixture of the 2022 Africa Cup of Nations (AFCON) qualifier against Sierra Leone after the coronavirus (COVID-19) tests conducted on every player and official of the team returned negative on Monday morning.

It is the second time in the space of five days that the entire Eagles’ delegation would turn in negative results for COVID-19, following earlier tests and results ahead of the match day 3 game at the Samuel Ogbemudia Stadium, Benin, Edo State last Friday. 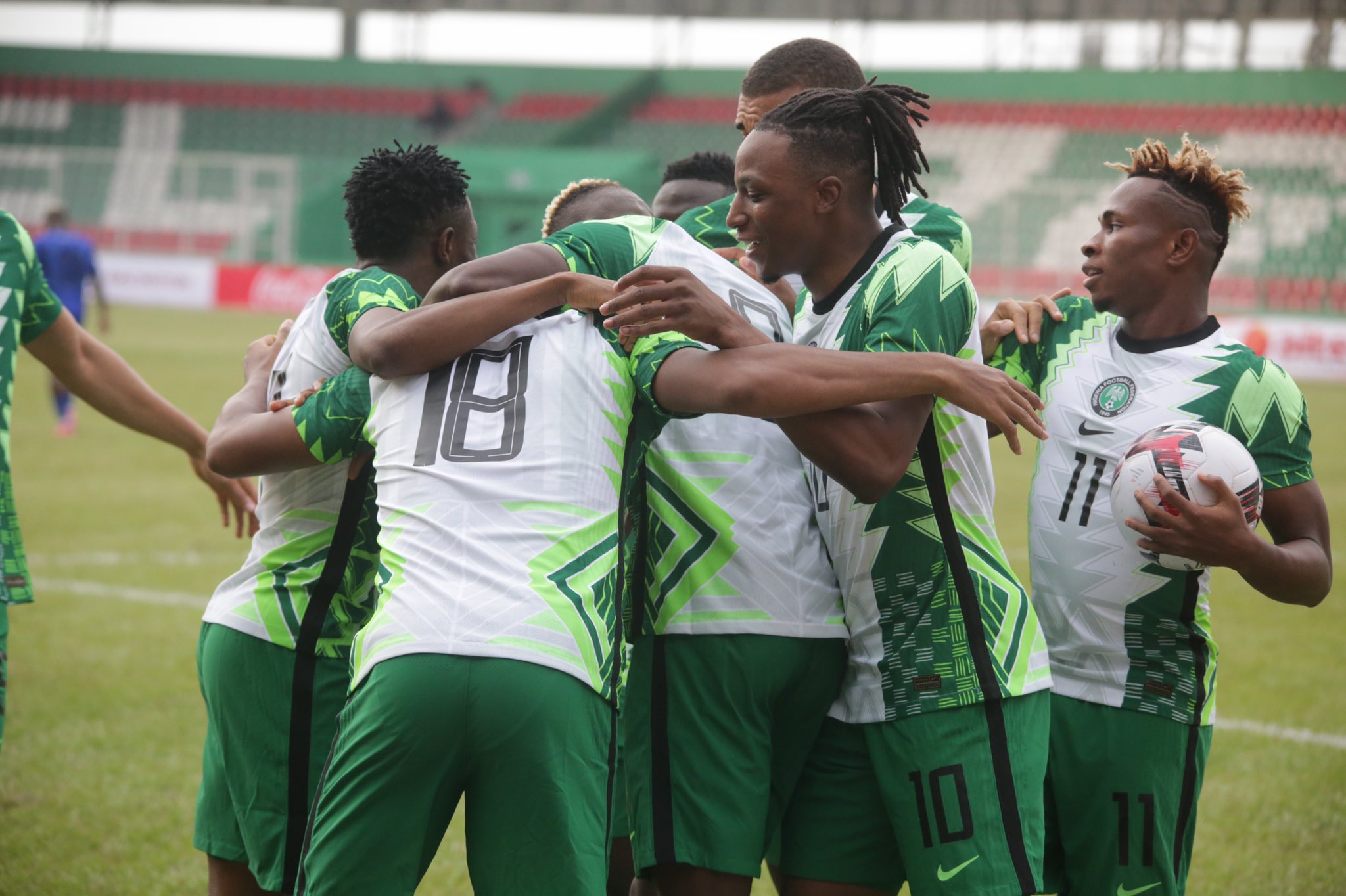 The Nigerian Coach, Gernot Rohr and his men squandered a four-goal lead in Nigeria to play a 4-4 draw and will be looking to redeem their image on Tuesday when they face the Leone Stars at the Siaka Stevens Stadium in Freetown. The Eagles delegation departed the country on Monday at about 9:20am morning aboard a chartered flight from Benin City, Edo State to Freetown Sierra Leone without Victor Osimhen, who left camp earlier on Sunday.

The Napoli striker suffered a shoulder injury in last Friday encounter and may be out for weeks before he begins playing again. The three-time African champions currently top Group L with seven points and will seal qualification for the 2022 AFCON in Cameroon if they win on Tuesday.