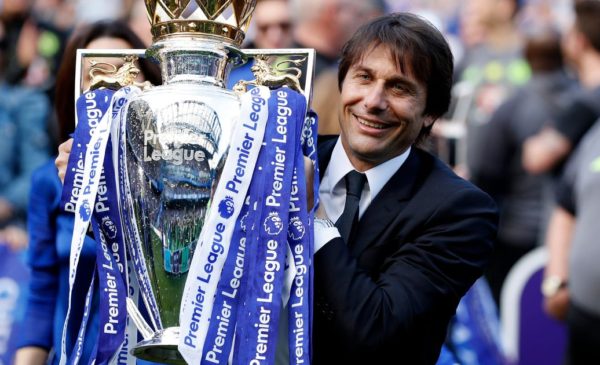 It is a shame that after twenty years of qualifying for successive Champions League spots and not being able to win the holy grail, Arsenal managed by Arsene Wenger finished out of the top four for the first time in 20 years. That is a big sign that the equations are changing in England. It is also over a decade that Arsenal and Wenger won the English Premiership. By the way, congratulations to Chelsea Football Club for not just having a good run during the just ended 2016/2017 season, but for finishing on a super-high and winning their fifth Premier League Title. Congratulations to Antonio Conte who made it happen. Jose Mounriho nearly relegated Chelsea.
But as Chelsea Football Club and their fans all over the world are celebrating the recent success of the club, Arsenal Football Club and their fans all over the globe are sulking for many reasons; the continued stay of Wenger at the club is costing Arsenal a lot. Aside the two recent FA Cup, which is not too serious a cup, fans of Arsenal have been denied of the joy and the bragging right that comes from winning major league tournaments. Over ten years is long enough to wait to cheer up.
But we all saw it coming because at the beginning of the just-ended season, every club in English top fight retooled while Arsenal watched with admiration. That laid back attitude from the owners of the club led to heightened fans’ revolt and incessant calls for Wenger to be sacked. The fans waited in vain for the owners to relieve Mr. Wenger of his duties but it never happened. That aside, transfer window after another came and ended, yet Mr. Wenger did not think he needed to revamp the team to be able to withstand the just ended season, which would go down in recent history as one of the most difficult.
Now that Arsenal will not have a chance of Champions League next season, one would like to see the caliber of players that the club would attract next season. No doubt his defenders would run to town to tell whoever cares to listen that Man United attracted Paul Pogba and Zlatan Ibrahimović without Championship football, Man United coach, Mr. José Mário dos Santos Mourinho Félix, who attracted these players has won Champions League a couple of times in his carrier as coach. Aside from that, the powers behind Man United were willing and indeed they opened the vault for Mourinho to deep his hands and buy whosoever who thinks could help him achieve at United. But the stingy characters that are in charge at Arsenal would not make proper budget that can attract quality players beyond the crop that are in the club currently.
Looking at how long it took Liverpool Football Club to come back to the top four bracket and how long it is taking Man United to return to top four since the slipped off, fans of Arsenal are jittery that the club may be heading for a mid-table club if care is not taken to address the lack of proper intention in the club.
Chelsea Football Club finished first this season because they did everything right. When it appeared that Jose Mourinho was steering them towards relegation zone, they sacked him and brought in a brilliant manager called Antonio Conte. When he arrived, he added few quality players that are already on ground because he had money to do so and the rest is history. At Emirates stadium, which is the home of Arsenal, those in charge should know what to do. If Wenger who achieved a lot for the club has exhausted his creativity, he should be let go soon as the end of the FA Cup finals whether he wins it or not. After all, unlike winning the Europa League, which guarantees Champion spot next season, the FA Cup right now for Arsenal and the fans are worthless. Arsenal has 12 of such in their cabinet.