For football lover all of the world, Friday August 11 is a big date. It is a day the English Premier League (EPL) returns to the center stage of sporting event in football calendar. In Nigeria where football is followed like a religion; the days of “boring” weekends are over too as viewing centers would come alive with commercial activities. It is also the first time the the EPL is kicking off on Friday.

The return of the league would also mark the beginning of bragging right among ardent fans of the 20 EPL teams that would feature this season and it is Arsenal and Leicester City fans that would kick-off the debate. Already, most football pundits are making predictions and betting agencies are at it again. Interestingly, Arsenal was one of the very, very few teams that beat Leicester home and away the season they took everybody by surprise to win the EPL meaning we are up for a high-profile game.

With the addition of Kelechi Iheanacho to Leicester City, who joins Ahmed Musa and Ndidi in the club, Leicester no doubt would have additional fan base in Nigeria and a few other countries. On the other hand, Arsenal that is still basking in the euphoria of beating Chelsea in the Community Shield (a game played at the beginning of the season between winner of the Premier League and winner of the FA Cup), looks sharp and ready to take all three points of the game even though, we hear that Alexis Sanchez.

The 2017–18 Premier League will be the 26th season of the Premier League, the top English professional league for association football clubs, since its establishment in 1992. The season is scheduled to start tomorrow 11 August 2017 and finish on 13 May 2018. Fixtures for the 2017–18 season were announced on 14 June 2017. 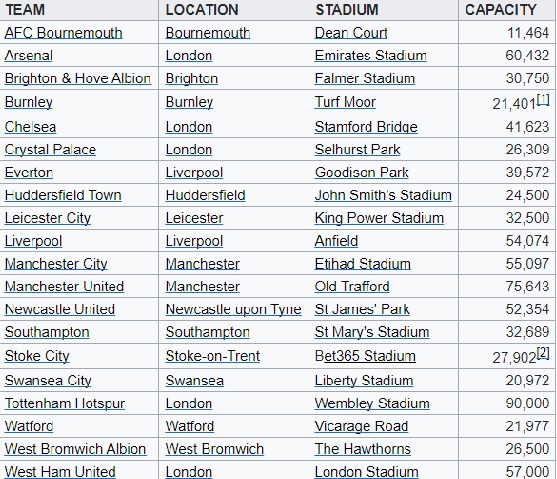