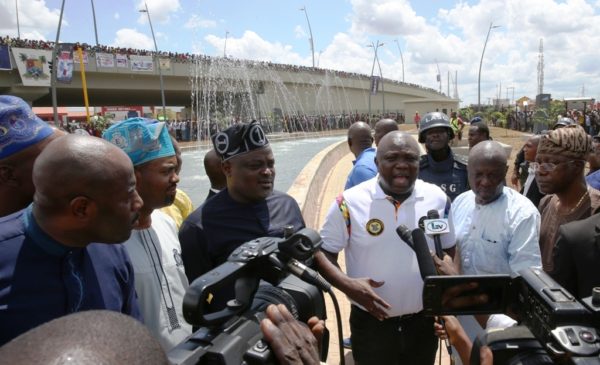 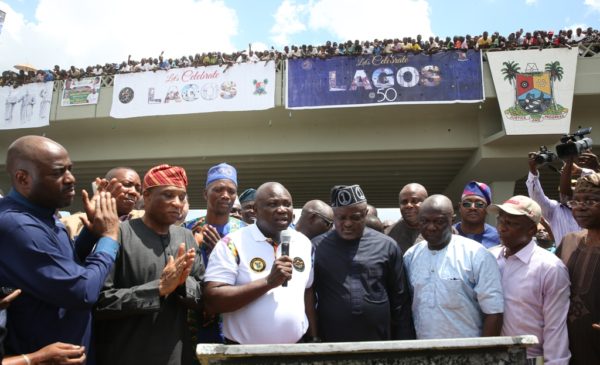 Lagos State Governor, Mr. Akinwunmi Ambode on during the week commissioned the Ajah and Abule Egba Flyovers, saying that both bridges were creative solutions by his administration to address the perennial traffic associated with the areas, as well as boost economic activities in both axes. The Governor who is undoubtedly the best performing governor in this dispensation in terms of infrastructural provision earlier on commissioned the revamped Ojodu Berger bus stop, which now adorns slip roads and state-of-the-art pedestrian bridge.

Indeed and in action, the governor and his team have displayed unparalleled creative solution to addressing long-drawn problems of Lagos. “How come other governors never thought of these solutions before now…,” was how a yellow bus driver, summarised the developments Ambode has shown around Lagos. “With less traffic on our roads now, it means the money I make daily would increase because my return trips would increase,” he added happily.

Although nobody expected Gov. Ambode to achieve this much, the unassuming governor has made bold statements across the length and breadth of Lagos State, which is indeed and insight becoming more beautiful by the day. Nobody knew the ‘magic’ he used but, Lagosians have also noticed the sudden disappearances of gruesome traffic snarls on major roads in Lagos when former Governor and now Minister of Works, Power and Housing, Mr. Babatunde Raji Fashola held sway.

Before assumption of office by the amiable governor two years ago, driving through the famous Third Mailand Bridge, Lekki –Ajah road, Ojodu Berger or going to Abule-Egba was not just killing; it was harrowing with incessant robbery attacks by hoodlums on motorists and other road users. But with his (Ambode) ‘never-seen before leadership style’ in Lagos State, it appears very much that Lagosians would not want to remember the man called Babatunde Raji Fashola SAN by the time Ambode is done with his eight years in charge of Lagos.