Asset Management Corporation of Nigeria (AMCON) that eventually took over Best Western Hotel, Ikeja has revealed that it was pushed to seal up the place because its owner was not playing by the rules.

After AMCON secured a court order mandating them to take over the hotel owned by Mr. Edward Akinlade’s Suru Worldwide Ventures Nigeria Limited, the government agency said it made several attempts to carry out the order of the court, which Akinlade resisted. But having tried for days without success, AMCON on Friday with the help of a team of policemen finally took over the hotel this is located on Allen Avenue, a choice area of Ikeja, the heartbeat of Lagos State.

In an interview Akinlade who is Group Managing Director of Suru Worldwide Ventures Limited granted to the media, he claimed that AMCON and the team of policemen that came for the enforcement were high-handed as they used teargas on him and his staff during the assignment. He also implicated himself when he said, “I was actually on my way to Abuja that morning, when I was informed about what was taking place at the hotel. By the time I got there, which was around 5.30am, all my staff were outside.

“So, I had to force myself in. I opened the door and took my staff in. And the next thing that happened was tear gas everywhere. They tear-gassed my staff outside. They went inside the hotel, a five-storey building and all the guests from international organisations and from other countries were there and they tear-gassed the whole place.

“One of the tear gas, as it was passing burnt my leg and they discharged ammunition. They said they had the order of the Inspector General of Police (IGP) to take over the hotel. No matter what I did to try and stop them, it didn’t work. So, I had to be carried to the hospital until Saturday morning.”

However, AMCON sources said there was no truth in Akinlade’s account of the story. “You know AMCON does not just wake up and take over a company. We would have gone through a very long process, culminating with a court order. The court would not give an order unless it has been proven beyond reasonable doubt.
“It is not true. All those allegations are not true. Even when our people went there the first time, with the court bailiff, he offered resistance and because we didn’t want to create a scene, our people could not effect the court order. They had to go back several days later… “He wanted to create a scene, which we avoided. This man in the last six years has refused to pay and he continues to lie and hide,” the source said. 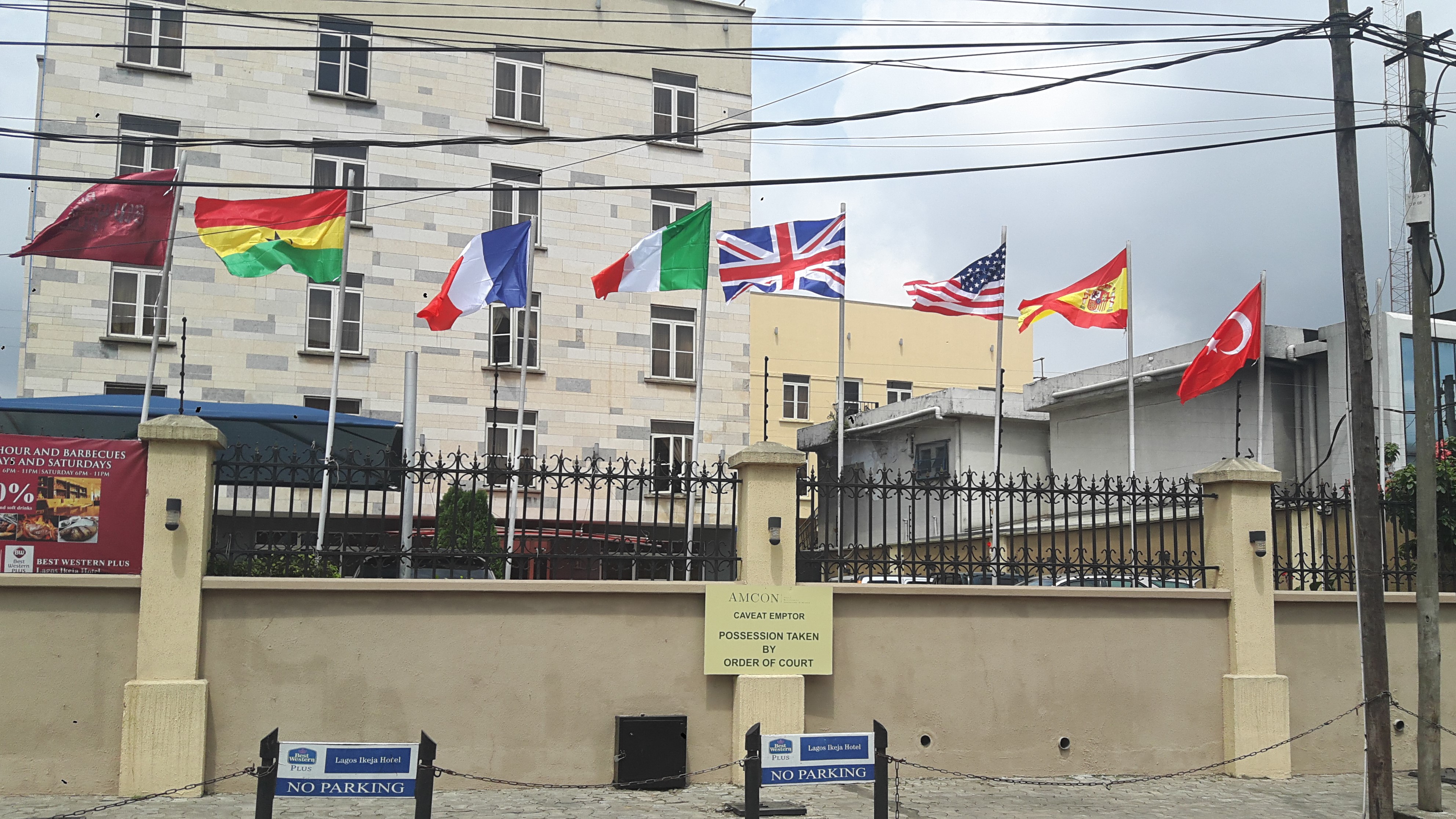 “It is not true that he was tear-gassed. Have you ever hear of AMCON going on enforcement anywhere and we were spraying tear gas? There was nothing physical in the process at Best Western. It is the bailiff that enforces the court order not AMCON.”