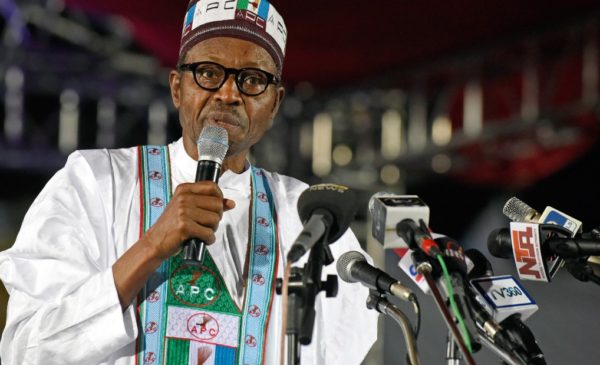 Amidst all the “politicks” of the All Progressive Congress (APC) government and the noise of their two years in office, SBM Intelligence, a research firm based in Lagos has come out bold to said that the incumbent government led by President Muhammadu Buhari has performed poorly in many fronts. The however agreed that he made a little effort in the fight against insurgence and corruption.

In summary of their report, the research firm submitted that the country was worse-off that it was two years ago under the Peoples’ Democratic Party (PDP) government then led by former President Goodluck Jonathan. The firm said there was no reason for anybody to celebrate or deceive Nigerians because the present Federal Government sadly fulfilled only 6 per cent of the 171 promises it made during its election campaigns, which ran for months.

Recall that the APC government ran one of the most “acrimonious” and “win or destroy” campaigns in recent times, which rubbished everything PDP did in Nigeria and promised heaven and earth to gullible citizens across the country. But two years down the line, the Nigerian economy has not only summersaulted a million times, millions of Nigerians are hungry; crime is on the increase, infrastructure is no longer in existence leading many people to relocate to other countries for greener pastures.

SBM said in the report; “In the lead up to the 2015 elections, the Buhari Campaign made 171 promises to Nigerians, at different campaign stops, and in several documents, forming the basis of a social contract between the incoming government and the people whose votes they desperately sought. SBM Intelligence curated these promises back in 2015, and has since released two reports comparing actual performance to the expectations set by President Buhari’s campaign. The first report was released at the 100-day mark of this administration; and the second, a year ago when the administration reached its first year. This report seeks to provide an updated performance review, at this administration’s midpoint. It also makes a comparison to the previous review, to determine if there have been improvements over the past year.”
The research firm stated that it started the 2016 performance review report by quoting President Buhari’s declaration during his 2016 Workers’ Day address that: “Tough times will soon be over.” It closed the first part of that report by stating, “Clearly, Nigeria cannot afford the same dismal performance in the next 12 months,” a reference to the poor assessment of the President’s first year. It added that from every indication, it appears that the President’s declaration did not hit the mark and the firm’s warning went unheeded. The fact that government officials were chased out of the 2017 Workers’ Day parade in Abuja, the research firm argued remained a graphic illustration of what Nigerians think about the administration’s job performance.

According to SBM, “Nigeria’s economic growth over the last five years has been driven by growth in agriculture, oil & gas, telecommunications, financial services and real estate. 2014’s statistical “rebasing” exercise which propelled Nigeria to a $500 billion+ economy also slowed future growth numbers. However, many sectors have remained vulnerable to shocks, especially the financial services sector. With economic growth slowing globally, the downward trend in crude prices and production volumes and the government policy actions or inactions have not helped with overall macroeconomic stability. When the GDP numbers are recalculated using today’s exchange rates, it drops to below $300 billion.

“A drop in government revenues has created a climate of debt-ridden federal government and states unable to fulfil their basic commitments, let alone fund badly needed infrastructural programmes – a situation which has placed the federal government under even more pressure. Abuja is still unable to adequately fund its own budget and at the same time invest in power & road infrastructure, healthcare and education, nor can the government spend on social welfare programs which was promised during the election campaign.

“The most recent figures released by the Nigerian Bureau of Statistics (NBS) show that Gross Domestic Product (GDP) declined by 0.52% in Q1 2017, albeit at a much slower pace than in the last 3 quarters, from Q4 2016 numbers which the NBS revised to a 1.73% decline. This means that Nigeria is still in a recession, but the slow-down in negative growth rates presents hope that the worst is behind the country and it can return to growth in Q2 2017. Both the oil and non-oil sectors of the economy experienced growth during the quarter, whereas, in 2015, the non-oil sector recorded positive growth rates all year long. Most worrying is the fact that Agriculture which accounts for 21% of Nigeria’s GDP while still growing, has slowed down significantly from almost 5% growth in the past. Economically however, the Buhari Administration needs to understand that its biggest challenge is not diversifying an already diversified economy, but diversifying government revenues. This will mean widening the very limited tax net while delivering on the promise to cut the cost of governance drastically. It is particularly untenable that in the face of dwindling government revenues, the cost of running government has continued to increase to record levels

“Asides improvement of the economy, three of the most important drivers of the Buhari’s electioneering campaign were Anti-Corruption, Accountability in Public Service and Reduction of Cost of Governance. On the first two of these, there was marginal improvement by the government in comparison with its delivery in the first year but the scorecard is still too poor to definitively proclaim any significant progress. On Anti-Corruption, a low 33% performance score was recorded when measured against the promises, even though it is an improvement on the 17% recorded in the administration’s first year. This attests that the jostling between the government’s executive ability and the National Assembly is impacting on the Buhari administration’s ability to deliver so-called ‘dividends of democracy’ to Nigerians.”