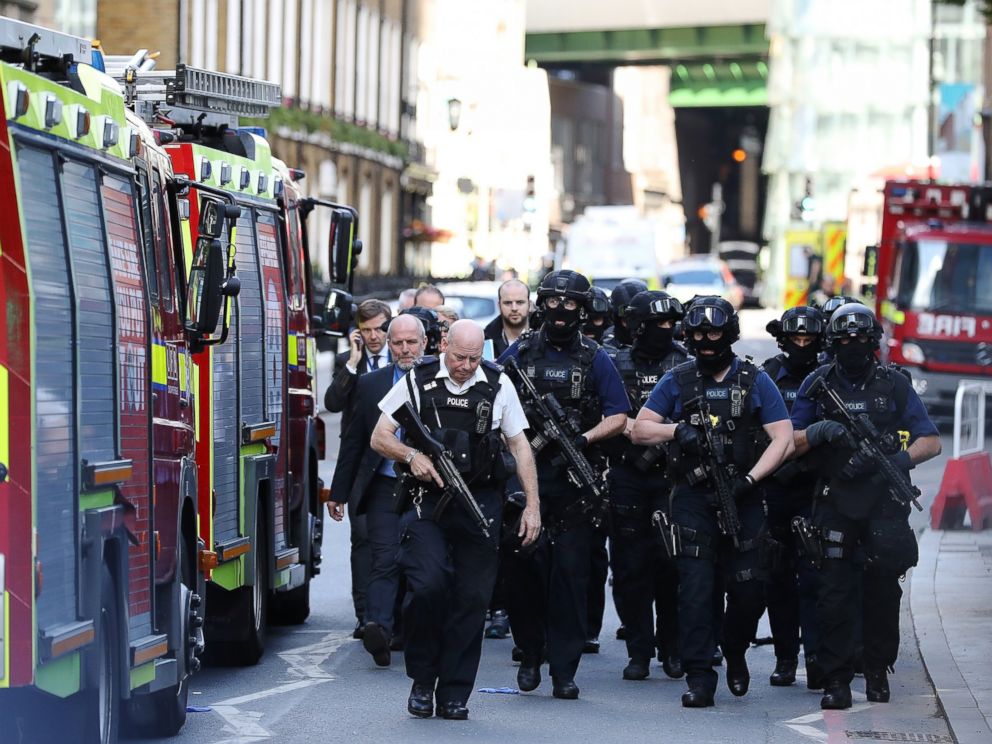 Not less than 22 people were injured after a bomb detonated on a packed London Underground train during the morning rush hour on Friday (September 15, 2017) in what police are treating as a “terrorist incident”. Witnesses reported seeing a “wall of fire” and passengers with facial burns and hair coming off at Parsons Green station in west London after the explosion on the train.

“At 8:20 this morning at Parsons Green station there was an explosion on a Tube train. We now assess that this was a detonation of an improvised explosive device,” police counter-terror Chief Mark Rowley said. Rowley said most of the injuries were due to “flash burns”, while others were wounded by the stampede as passengers ran out of the station in panic.

Also a Twitter user @Rrigs, who posted pictures of a white bucket smouldering on the train, said: “Explosion on Parsons Green District Line train. Fireball flew down carriage and we just jumped out open door.” The bucket looked like the type used by builders and there appeared to be cables coming out of it. One local resident, Charlie Craven, who was on his way to the station, said he heard a “massive bang”.

“I saw an orange sort of fireball encompassing the whole Tube coming towards you,” he told AFP, describing it also as “a wall of fire”. The National Health Service said 18 people were taken by ambulance to hospital, while four others made their own way to hospitals.

The London Ambulance Service said none of the victims “are thought to be in a serious or life-threatening condition”. The MI5 intelligence service is assisting investigators. Prime Minister Theresa May said her thoughts were with the injured and emergency services had responded “swiftly and bravely”.

She will be chairing an emergency cabinet meeting later in the day. Armed police and sniffer dogs could be seen on the train and around the station, which is set in a leafy suburb of southwest London popular with well-off commuters and filled with chic cafes. The station was closed, as well as an entire section of the District Line where it is located and police urged people to stay away from the area.

Local residents and businesses rallied together with businesses offering tea and the use of their toilets to people unable to get home. The incident is the fifth terror attack in six months in Britain since March, when a lone attacker mowed down pedestrians and stabbed a police officer outside the British parliament. London Mayor Sadiq Khan urged Londoners to remain “calm and vigilant”. “As London has proven again and again, we will never be intimidated or defeated by terrorism,” he said in a statement.

US President Donald Trump said the attack was carried out by a “loser terrorist”. “These are sick and demented people who were in the sights of Scotland Yard. Must be proactive!” he said on Twitter, without explaining further. “Loser terrorists must be dealt with in a much tougher manner. The internet is their main recruitment tool which we must cut off & use better,” he said.

Passengers described chaotic scenes at the station in the normally quiet part of west London. Louis Hather, 21, was travelling to work and was three carriages down from where the explosion took place. “I could smell the burning. Like when you burn plastic,” he told AFP. Hather saw a woman with burns being stretchered off. He was trampled on as passengers stampeded out of the station and his leg was badly cut and bruised. Sally Faulding, a 51-year-old teacher, said: “People were falling over each other.” Richard Aylmer-Hall, 52, told the Press Association: “There was panic, lots of people shouting, screaming, lots of screaming”. “I saw two women being treated by ambulance crews,” he said.

A total of 35 people have been killed in four previous attacks in London and Manchester this year. Three of those involved a vehicle ploughing into pedestrians. The other attack was a bombing in May at a pop concert by US star Ariana Grande in Manchester which killed 22 people including children. Otso Iho, a senior analyst at Jane’s Terrorism and Insurgency Centre, said the latest attack showed a “continued high intent but low capability” of the terrorism threat in Britain.