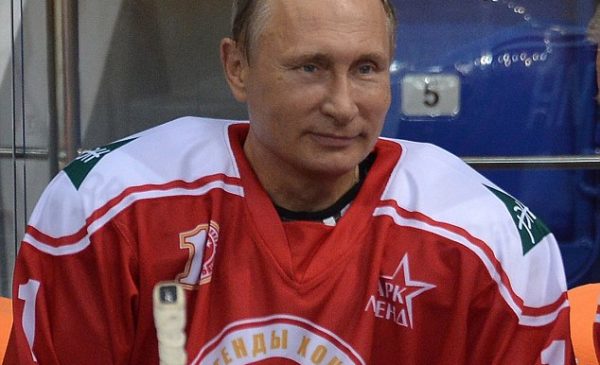 All is now set for the kick off of the 2017 Confederation Cup in faraway Russia. Dateline is tomorrow, Saturday June 17, 2017. AFP reports that hosts, Russia will be targeting historic win when they kick-off the tournament against New Zealand in Saint Petersburg. Russia coach, Stanislav Cherchesov, appointed after the country’s disastrous Euro 2016 campaign, predicts a tricky encounter as he oversees his first competitive match in charge. The former Russian international goalkeeper has set his squad the ambitious task of winning the Confed Cup, a tournament that serves as a tune-up for next year’s World Cup to be held in Russia as well. “We’re ready to face a likeable New Zealand team but we expect a difficult match (on Saturday),” he told reporters earlier on Friday.

The news has it that Russian President Vladimir Putin will attend the opener along with FIFA President, Gianni Infantino at Saint Petersburg’s purpose-built World Cup 68,000-seater stadium. “For us it’s a privilege and honour to represent our country. Our team welcomes Russia’s president watching our matches. “And we naturally want to achieve better results than our team showed recently.”

It will be the first meeting between Russia and New Zealand, the champions of Oceania, in the post-Soviet era. The USSR beat New Zealand 3-0 at the 1982 World Cup in Spain. Organisers have laid fresh turf at the Krestovsky Stadium to allay fears over the condition of the pitch that prompted Zenit to shift their final league match to their former ground. Russia have produced mixed results since Cherchesov’s arrival with three wins, three draws and three defeats. They salvaged an impressive 3-3 draw with Belgium, but that followed a 2-0 home defeat to Ivory Coast — Russia’s first loss to an African team — and a humiliating 2-1 defeat to Qatar.

New Zealand are appearing at the Confed Cup for the fourth time, although the All Whites are still hunting for a first victory in the eight-team competition. Anthony Hudson’s side are through to the final round of regional World Cup qualifying and will play Solomon Islands in a two-legged play-off, but New Zealand suffered 1-0 defeats to Northern Ireland and Belarus in recent friendlies.