Tottenham have confirmed the return of Gareth Bale on a season long loan from Real Madrid and have handed him the number nine shirt. However, supporters will have to wait until after the next international break for his Tottenham debut after his medical uncovered a knee injury.

Tottenham had anticipated that having barely played Bale would require more time initially to undergo a personal training programme to prepare for the rigours of the Premier League but the injury he picked up while on international duty means he is setting his sights on the home fixture with West Ham on October 17 for his possible debut. Tottenham confirmed: ‘Gareth sustained a knee injury whilst playing for Wales on international duty earlier this month and this, together with La Liga’s later start compared to the Premier League, means he has had a limited pre-season. 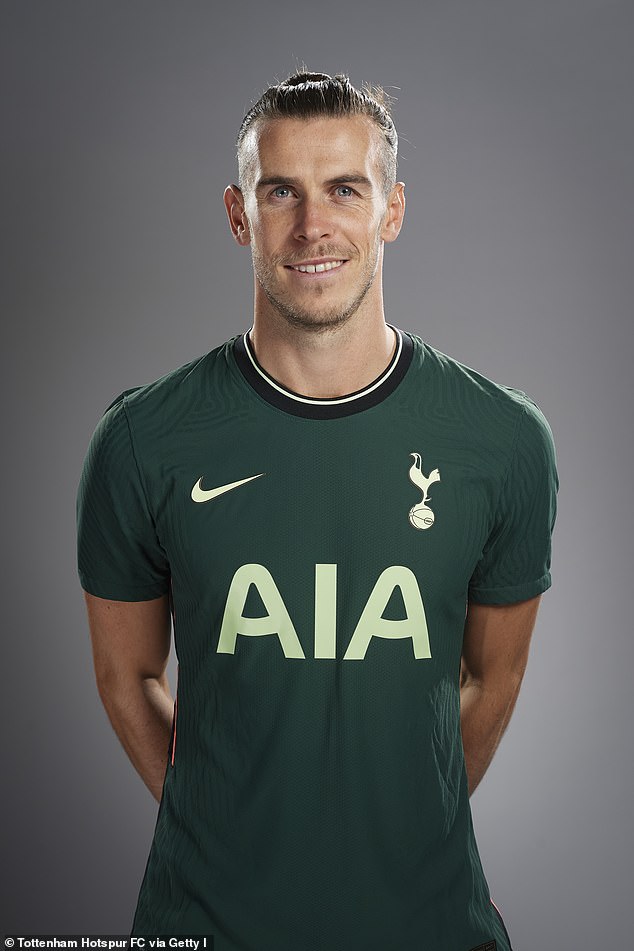 ‘We currently anticipate that he will be match fit after October’s international break.’ Seven years after leaving for a then-world record £86million, the 31-year-old has agreed a deal that fits into Tottenham’s wage structure on around £200,000 a week.

He said: ‘It’s nice to be back, where I made my name. I always thought about returning. I’m hungry, I’m motivated I can’t wait to get strated. I want to get some match fitness and hopefully help the team win trophies.

‘Hopefully I can bring a bit more belief back to the dressing room and that winning mentality. I want to get us to the next level and that’s win trophies. To do it at Tottenham now would be a dream come true.’

Bale will be joined by Real Madrid clubmate Sergio Reguilon for a fee that could rise to £32m but is understood to be structured to a minimal payment in the first year. Left-back Reguilon, 23, and Bale flew to London on Friday on a private jet chartered by chairman Daniel Levy. After landing at Luton airport, they were driven to the Enfield training HQ to be met by supporters. They completed medicals in Madrid on Thursday and are likely to meet conditions that will enable them to avoid quarantining in the UK.

Reguilon, who will wear the number three shirt, was named the best left-back in La Liga for his performances last season while on loan at Sevilla and made his Spain debut this month in a 4-0 win over Ukraine in the Nations League. Both were targets for Manchester United initially but the Old Trafford club failed to find suitable agreements. Tottenham had also considered a loan for Madrid striker Luka Jovic but are discussing other options.